More than 150 Diabetes UK cyclists battled the rain and wind to complete the Prudential RideLondon-Surrey100 yesterday.

In total 158 cyclists took part in the event for Diabetes UK and they’ve raised around £100,000 for the charity.

Despite the combination of three hours of rain, hail and wind, a total of 20,709 amateur cyclists had completed the race by 5pm, making the event the biggest cycling sportive ever held in the UK. The decision was made early on Sunday morning to cut out the Surrey Climbs of Box Hill and Leith Hill, as the descents were potentially dangerous under the conditions.

Diabetes UK supporters were out in force at miles 25 and 98, despite the remnants of Hurricane Bertha, to cheer on all the cyclists. 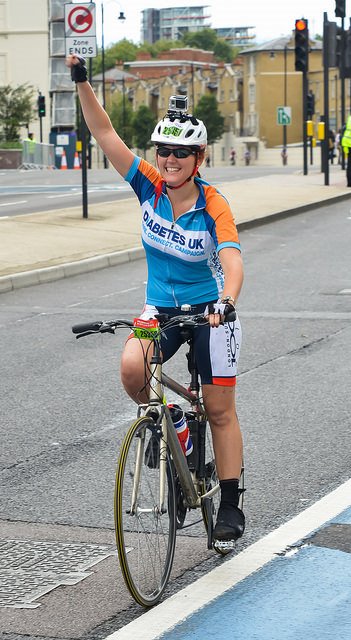 Brittany works in the Diabetes UK media team and took part in the event with her Dad and best friend. Brittany completed the course in 7 hours 33 minutes.

“I couldn’t believe the conditions of the day, and at one point was unsure if my friend and I were going to complete it. I didn’t get off to the best start and ended up with five punctures in the first 25 miles! But despite the wind, rain and punctures, nothing could spoil my day. I really enjoyed the whole thing and cannot wait to sign up for next year as I want to be able to say I’ve defeated the Surrey Hills.

“A real highlight for me was cycling past the Diabetes UK cheer point at mile 98. My entire family and boyfriend were waiting for me in t-shirts with my name on, and my mum was so excited to see me she almost jumped in front of my bike. It was an absolutely incredible experience, and for once in my life I was lost for words.” 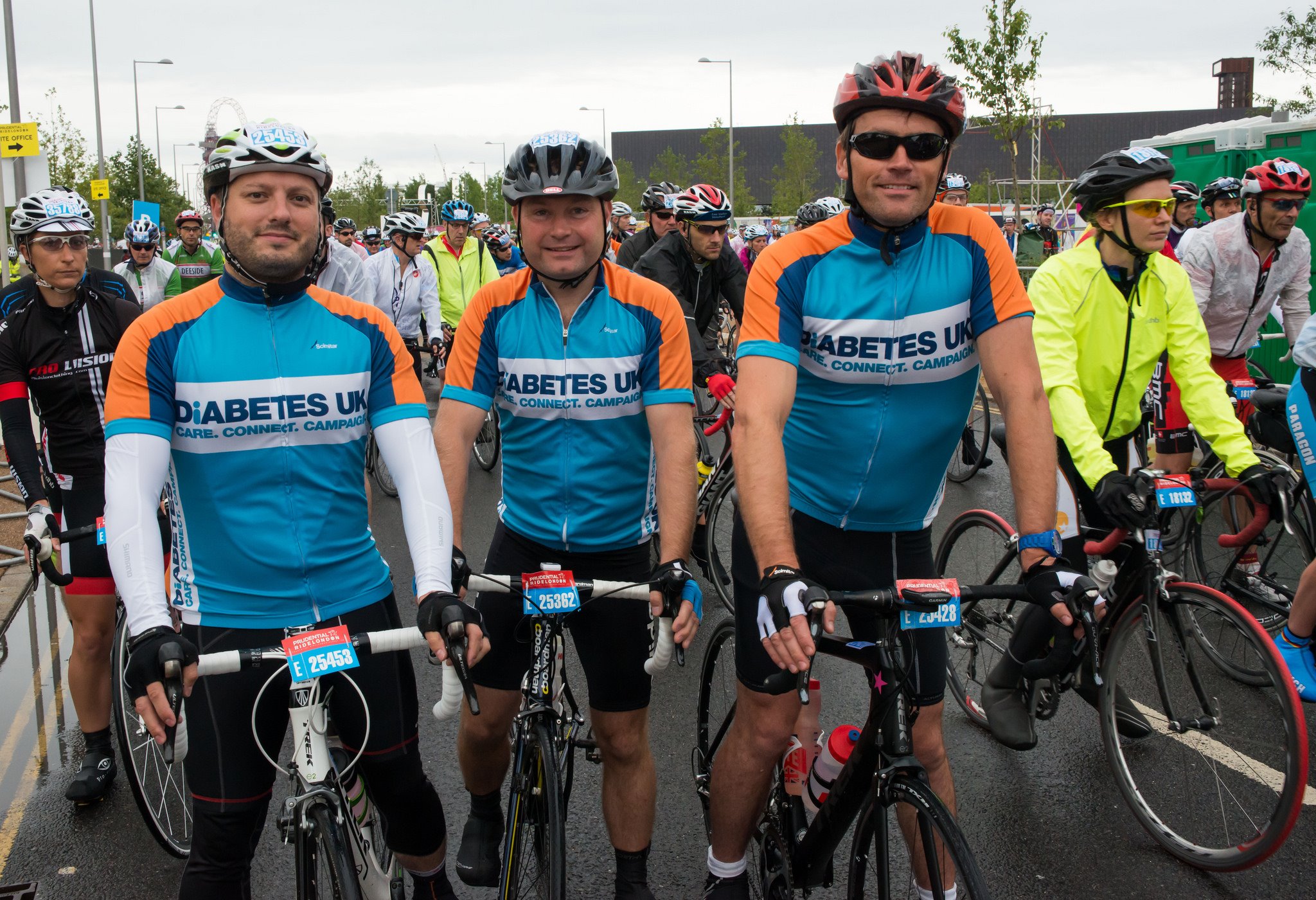 Stewart entered Ride100 with his daughter Brittany. He completed the course in a total of 5 hours 52 minutes with a riding time of 4 hours 50 minutes.

“The conditions on the day were almost biblical. We faced rain, wind, hail and thunder on the way round, but I didn’t let any of that spoil my ride. When you’re in a situation like that, you just have to laugh and look on the bright side.

There was a real sense of camaraderie and it was fantastic to cycle through the streets of London with thousands of people cheering you on, I’ve never seen anything like it. The Diabetes UK cheer point at mile 98 really gave me a boost, and I did a sprint finish down the Mall. I was really pleased with my final time of 5 hours 52 minutes, and am definitely going to enter again next year.” 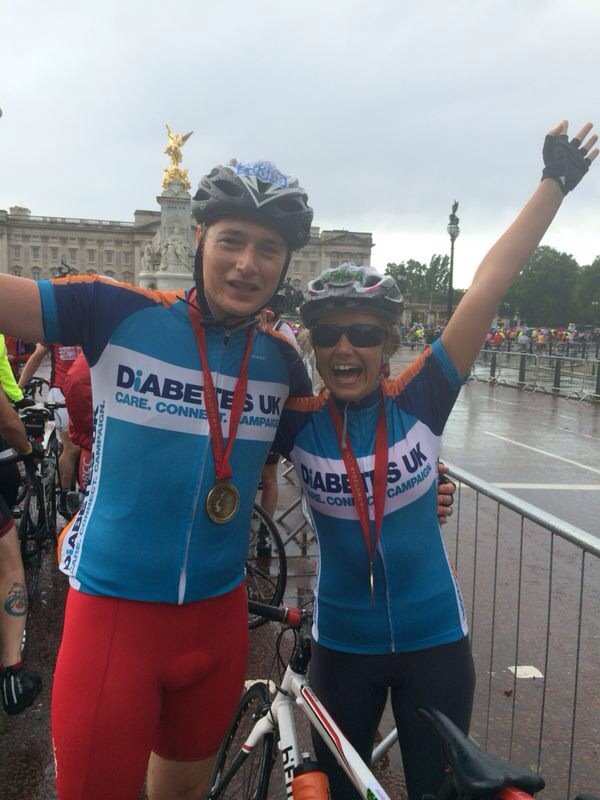 Jemma works for Diabetes UK in the marketing team and competed in Ride100 with her boyfriend Luke. Jemma completed the Ride100 in 6 hours 22 minutes.

"Despite the best efforts of Hurricane Bertha, Ride London was a fantastic day. It was a really well organised event and brilliant fun, even in the stormy weather.

"The Diabetes UK cheer squad were fantastic – easily the loudest on the entire course, and it was a massive boost to see them as we rode back into central London and on to the home straight. I’ll definitely be signing up to take part next year!"

Lynsey Hughes, Diabetes UK Events Manager, added: “The conditions on the day of the Ride100 were absolutely terrible, and I am so thankful to all our cyclists who battled the conditions to cross the finishing line. The army of friends, family and supporters who all turned out despite the rain to cheer did a fantastic job of keeping morale up.

“Everyone who took part should be really proud, and the money raised from the day will help us to get information and support to the 3.8 million people living with diabetes.”