Diabetes UK at the London Marathon

All eyes were on London on Sunday as the London Marathon coursed through the capital’s streets.

Diabetes UK had 165 runners taking part and raising money for the charity, many of them decked out with Crazy Hair, and an army of supporters were waiting at miles 12 and 24 to cheer them on.

We spoke to six Diabetes UK runners after they had crossed the finishing line to see how they felt. 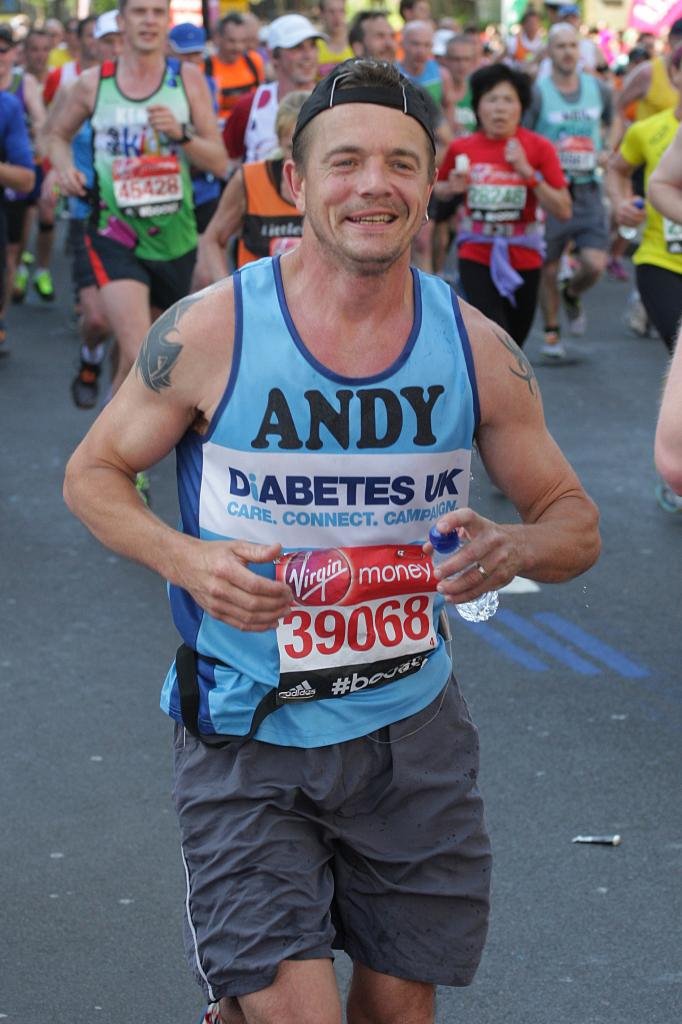 Andy lives in Spain and came over with his whole family to run the London Marathon for Diabetes UK. So far Andy has raised £1,000 and has some other events coming up. Andy finished the marathon in 3hours and 37minutes.

"I have Type 1 diabetes and I've had a lot of help from Diabetes UK in terms of advice and support and I wanted to give something back. The cheer points were fantastic. The kids were there and they got all dressed up. Last year I did the marathon in three hours and 48 minutes, so I smashed that and I'm really pleased, especially as it was a bit hot!" 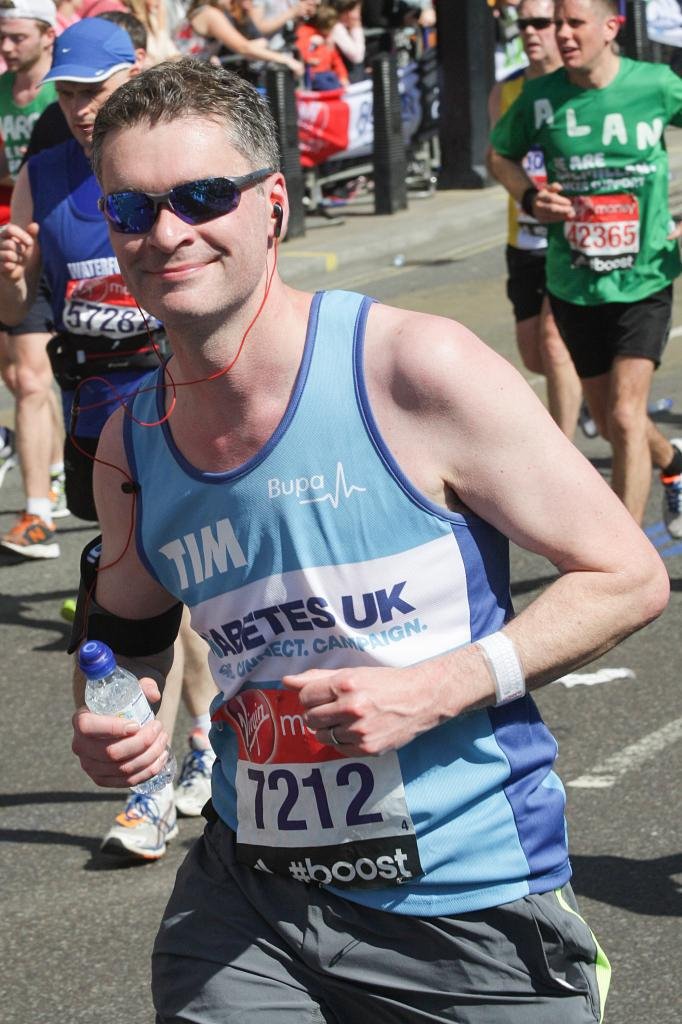 Tim from Winchester was third in for Diabetes UK with a time of 3 hours 58 minutes. So far TIm has raised £745.

"I was going for under four hours so I'm pleased. My wife has Type 1 diabetes and I would like to raise money for research into the cause.

The cheer points were great.

I had my blue hair on at the first point but I couldn't wear it all the time because it was too hot. I'd lost it by about mile 20 anyway! I've done the Great South Run for Diabetes UK before and now I've done the London Marathon. I'm really glad I've ticked that box but I'm not sure I could do another one." 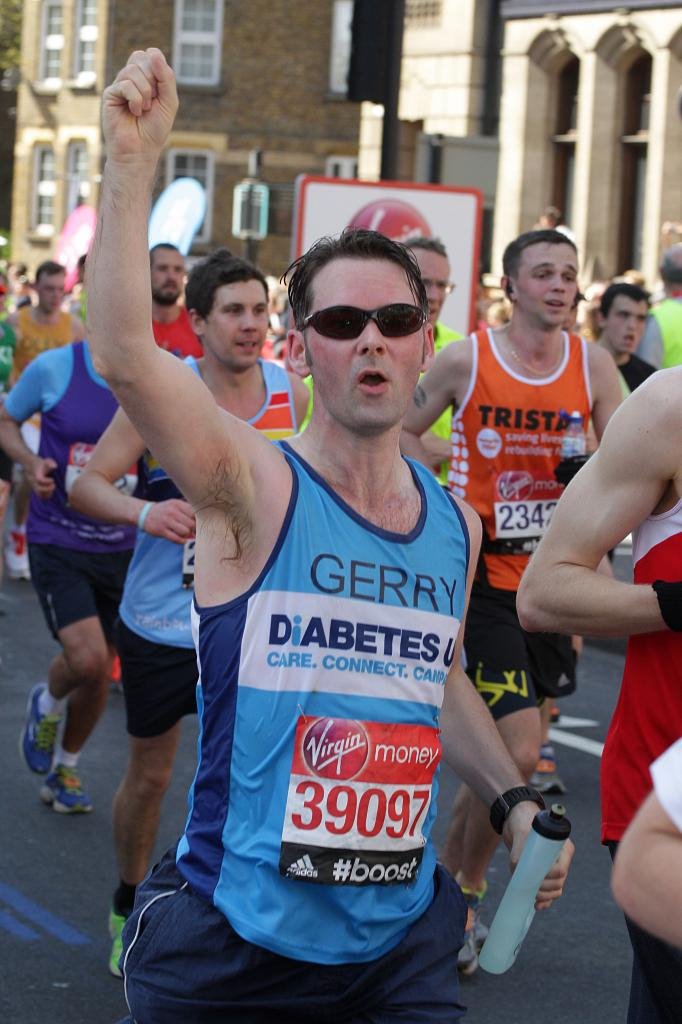 “I ran the marathon for Diabetes UK because diabetes is an area that I work in – I think this is the fourth time I’ve run it for Diabetes UK. My biggest challenge this year was that GP practice is in crisis and so it’s been quite difficult to fit in my training runs. I probably overtrained before, though, because this was my seventh marathon but my second fastest time – so bring it on.

I don’t feel as if I’ve done the marathon properly unless I’ve cried at least once and this time it was coming round the corner and seeing Tower Bridge in front of me and I knew I was halfway there. 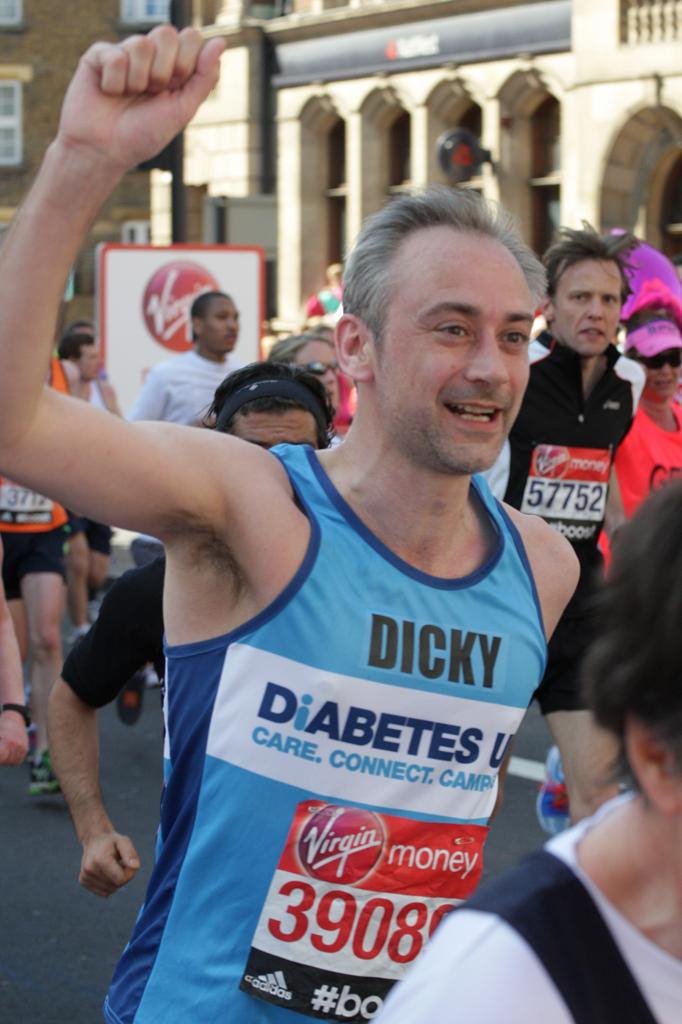 “I ran the marathon for Diabetes UK because Gerry has done so for a number of years. I thought it was a good cause and I wanted to get fitter and that’s why I put myself up for it. My biggest challenge was that I really trained poorly on both occasions! It was slightly better this year – my big tip is carb loading – and finding someone to run with makes it easier. It was a really really positive experience – brilliant atmosphere every mile of the way. I loved every moment – even though it was painful every moment. The crowds make it and they drive you on the whole way.” 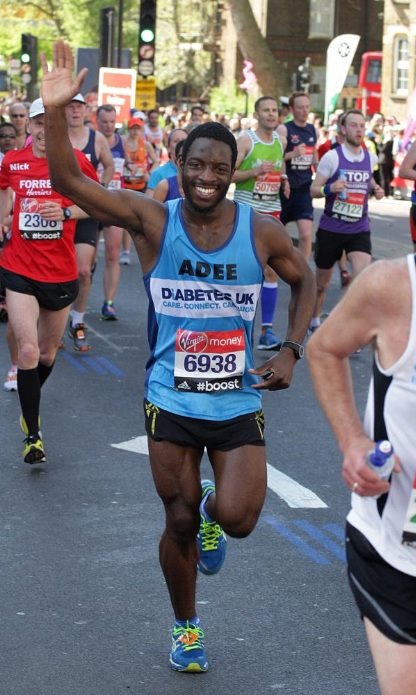 Adee from Clapham raised £430 and finished in 3 hours 32 minutes.

"I was hoping for 3 hours 30 minutes so it's OK. I'm running for Diabetes UK because my dad's got diabetes. The cheering at the Diabetes UK cheer points was so helpful. When I ran past I was high fiving everyone. At the moment I don't know if I would run another one, but ask me again later!" 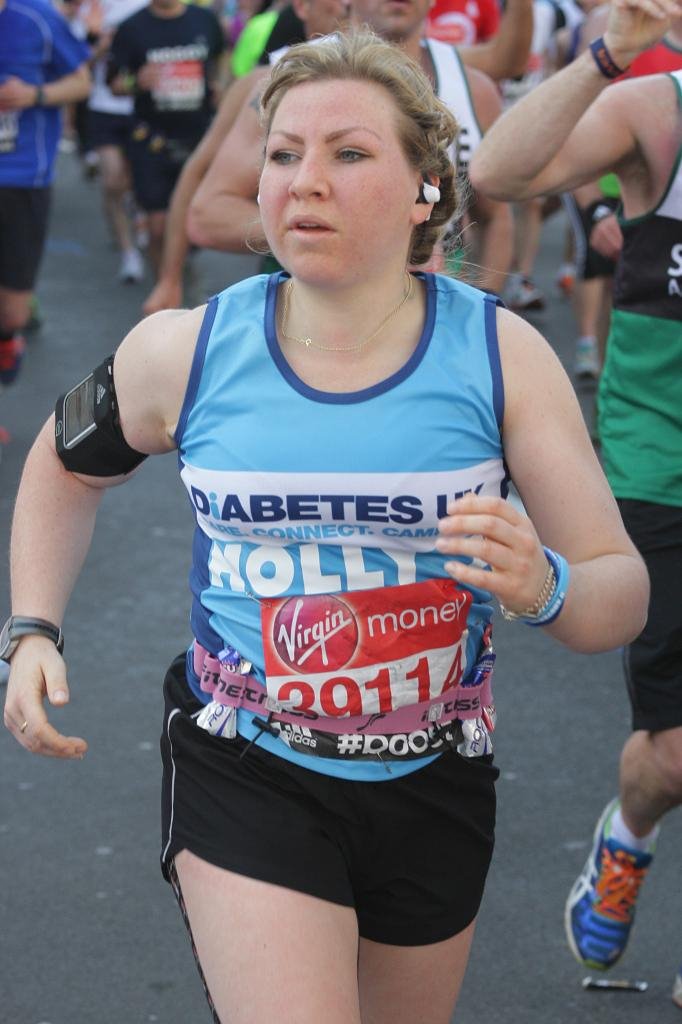 Holly is from Westminster and ran the marathon in 3 hours 51 minutes.

"It was a reasonably good time. I had a bit of a bad knee so I'm amazed I managed to do that well. It was a great day, a brilliant atmosphere. I have Type 1 diabetes. I started on a pump recently and it's by far the best way to manage diabetes. I really want to raise awareness of this - everyone should have one. They're life changing. I got it on the NHS but it took my GP 18 months and I had to tell him I was constantly having hypos. I really want to raise money for research so that these devices are cheaper and easier to get. With a pump my diabetes is better controlled and I can do my running without any problems."