Thousands of people volunteer for Diabetes UK each year and our National Inspire Awards are a chance to honour those whose contribution has been truly outstanding.

The 2014 awards ceremony was held on Monday at the House of Commons. On hand to congratulate the winners were the President of Diabetes UK, Richard Lane OBE and the charity’s Chief Executive, Barbara Young. The event’s host was Adrian Sanders MP, who has Type 1 diabetes and is the Chairman of the All Party Parliamentary Group on diabetes.

Clive Pankhurst, Diabetes UK’s Head of Volunteering, said: “These awards celebrate the incredible work of Diabetes UK’s volunteers. Each of the nominees had already been through regional heats to get through to the national awards so the winners are truly extraordinary.

“Every year approximately 10,000 volunteers fundraise, campaign and support Diabetes UK with their time and their dedication. They are the bedrock of the charity and our greatest asset. Their work – whether it involves one hour or 1,000, is invaluable and we appreciate every single one of them.”

If you would like to volunteer for Diabetes UK then we'd love to hear from you. You can find more informationhere.

This year, our incredible winners are: 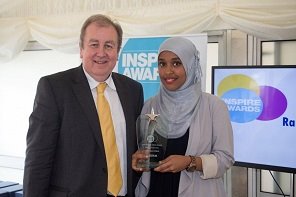 Yasroon Elmi, was presented with her award by Adrian Sanders MP.

Yasroon Elmi, from London, was awarded the Raising Awareness Award. Yasroon is passionate young pioneer in raising awareness of diabetes. Having seen the impact diabetes has in families and communities, Yasroon came to volunteer with the commitment to help people understand diabetes, where they can get more help and dispel myths and misconceptions about the condition. Yasroon supported the development of resources for the Ramadan project. She also won the London Volunteer of the Year Award. 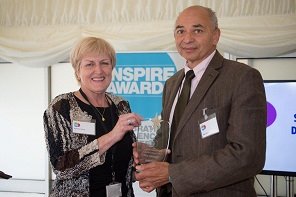 Roy Johnson, from Surrey, was awarded the National Supporting Diabetes UK Inspire Award. Roy has had Type 1 diabetes since he was a teenager. He chairs the Guilford and South West Surrey Diabetes UK Group and regularly volunteers at the charity’s events, such as our Healthy Lifestyle Roadshows. He has also helped to organise information events to raise awareness among people with diabetes of possible problems they may have with their feet. Roy himself has had five toes amputated because of his diabetes and is keen to make sure that people know the seriousness of looking after their own health. 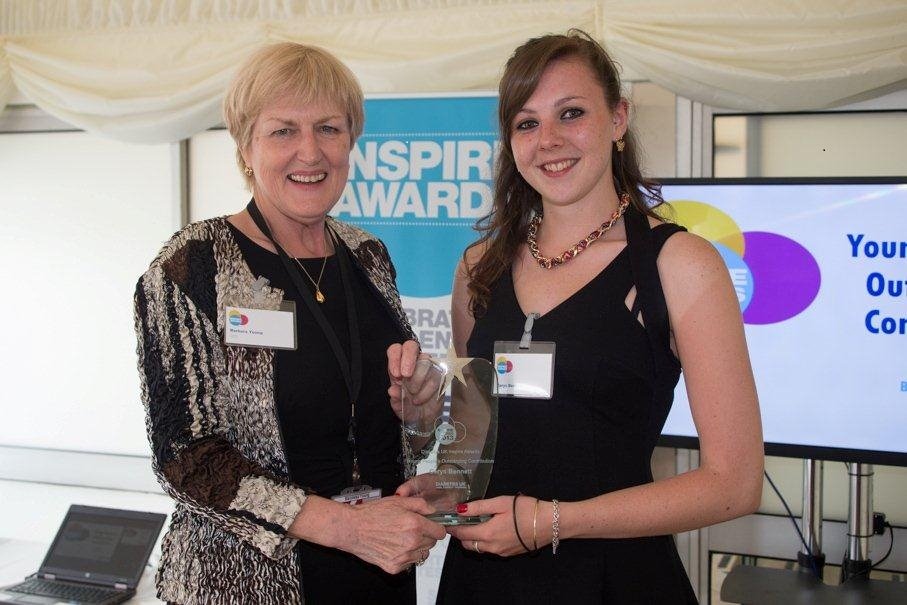 Cerys Bennett, from Wales, receiving her award from Barbara Young.

Cerys Bennett, from Wales, was awarded the Young People’s Outstanding Contribution Award. Cerys, 19, has had type 1 diabetes for five years. She has raised more than £10,000 for Diabetes UK and met the children’s commissioner for Wales who, from this meeting, then made contact with Diabetes UK Cymru to join the Welsh Advisory Council as the young person’s representative. Cerys received her award from Barbara Young. 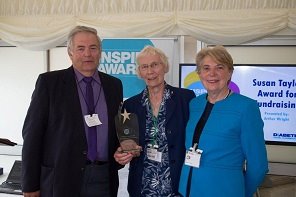 Retired police officer, Misty Culpin, from Skegness who has helped to raise thousands of pounds for Diabetes UK over the last decade was awarded the charity’s Susan Taylor Award for Fundraising. The award is named in memory of Susan Taylor who died last year while swimming the channel to raise money for Diabetes UK. Susan’s parents, Arthur and Joyce Wright, were at the event in London to hand Misty her award. Misty’s husband has Type 2 diabetes and the couple attend local events to raise money for the charity by running a soft toy tombola. Misty has also done a sponsored parachute jump to raise money and she is very involved in the Diabetes UK Skegness Group. She regularly speaks at local meetings and distributes information about the condition to people in the area. Misty also won the Midlands Volunteer of the Year Award. 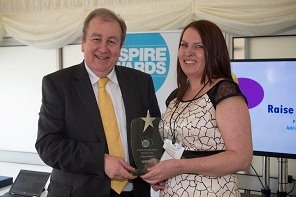 A campaigner who has worked tirelessly on our children’s ‘Make The Grade’ campaign, to ensure that children with Type 1 diabetes get the care they need from their school, was rewarded with the National ‘Raise Your Voice’ Inspire Award. Fiona Faure, from Waltham Abbey played an important role in the campaign and Diabetes UK recently celebrated the introduction of a new law which makes it a legal obligation for schools to provide support for children with long term conditions, including Type 1 diabetes. Fiona is also a Service Champion for West Essex and has pushed for improvements for people with diabetes. 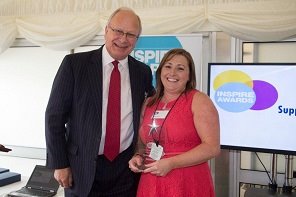 Kathryn Cooney, from Northern Ireland, works closely with parents and young people. She was awarded the Supporting Others Award. She organises meetings for families of children with diabetes to meet one another. Some of the people Kathryn has supported have described Kathryn as “a guardian angel guiding them along” and as “the silver lining to diabetes”. Most people have always said how grateful they are to count her as a friend.

May Millward, from Scotland, was awarded the Tesco Team Leader Award. May managed the Big Collection in three Tesco stores and enhanced them by setting up information and advice tables. Due to last-minute loss of volunteers through bereavement and illness she organised rotas and personally helped to cover every collecting slot over the three days, raising more than £3,000. 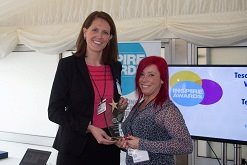 Clare receives her award from Lindsay Patterson, UK Head of Community at Tesco.

Also honoured for her work for Tesco was Clare Butler who was awarded the Tesco Collection Volunteer Award. Clare was a collection volunteer at the Rainham store in Essex, supporting the Havering Group. Clare was involved at each session over the three days, talking to members of the public and helping the group. Clare took her family along, including her 13-year-old son, who was diagnosed with diabetes last year. She helped boost funds, volunteer morale and raise awareness through her hard work. 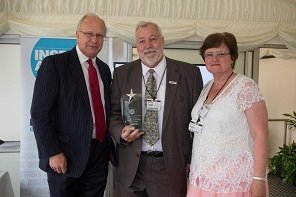 Havering Family Group were awarded the Voluntary Group Award. The group has maintained a monthly stand at Queens Hospital in Havering. They also regularly hold information days at the local shopping centre and this year, invited GPs and diabetes specialist nurses. The group is currently campaigning to reinstate the Diabetes Network which folded when the Primary Care Trust came to an end.