Children and Families Bill: How you won it 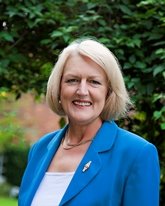 Diabetes UK Chief Executive Barbara Young explains how the charity's supporters helped deliver a change in the law to help ensure children with Type 1 diabetes are supported in school.

Convincing the Government to change the law is no mean feat. It doesn’t happen every day. So why did the Government listen to us? Well, the main reason is they listened to you.Every step of our campaign was bolstered by the voices of parents, of Diabetes Voices, of Diabetes UK supporters.

The campaign got off to a tough start. The Government said that they didn’t think care for children with diabetes was a big problem. But, to be fair, they invited people to contribute their thoughts on the Children and Families Bill and hundreds of you let them know this really was a problem they had to do something about.Then, on a sunny day in June, lots of you came down to Westminster meet your MPs and discuss the quality of care for children with Type 1 diabetes. One parent who made the long journey down from Yorkshire was Tony Crawforth, whose son, Harry, has Type 1 diabetes. His MP, Graham Stuart couldn’t make it to the event, but sent someone from his office Tony discussed some of the problems he was having with his son’s school.

The message got through

The message got through. In a debate in the House of Commons just a week later, Mr Stuart gave a passionate speech in favour of putting a legal duty on schools to support children with medical conditions. And he wasn’t alone. Seven other MPs joined him and Adrian Sanders, the MP who led the campaign in the Commons for us, pressed the Minister further.As the legislative process moved to the House of Lords, we asked you to write to some of the Lords we knew would care about the campaign. Your voices were heard. As the Children and Families Bill was discussed we watched peer after peer fight for children with Type 1 diabetes and other long-term medical conditions.As a member of the House of Lords, I was also able to contribute to the debate suggesting that the Minister in the House of Lords, Lord Nash, meet some children with diabetes and their family. He agreed and Beth Pascoe and her mum and dad, Ve and Nick, joined Max Addison and his mum, Janet, to meet Lord Nash.Beth and Max’s stories provided stark examples of what can go wrong for children with diabetes. As the meeting wrapped up, Nick Pascoe made it clear that the voluntary approach to care in schools had failed Beth and Max. Only a change in the law – a duty on schools – would be good enough. It was a message we and other members of the Health Conditions in Schools Alliance had been stressing  to the Government for months, but coming from a parent made it so much stronger.Then, in October, we celebrated as the Government revealed that it would be placing a duty on schools. And to top it all off, when Lord Nash introduced the new duty to the House of Lords he mentioned the part Max and Beth had played; clear evidence that it was children with Type 1 diabetes that made all the difference.

You changed the law for children with Type 1 diabetes

So there we have it, the story of how you changed the law for children with Type 1 diabetes. I’m sorry we’ve not been able to mention absolutely everyone who’s contributed to the campaign. Such has been the determination and tenacity of Diabetes UK supporters to tackle this issue, this blog would end up going on forever. However, we know who you are and we’re very proud of everyone who’s helped.  And we hope you’re proud of the part you have played too.We still have work to do. As we prepare to let schools in England know about the change in the law, send them toolkits and provide advice and support to help them provide the right care to kids with Type 1 diabetes, we need you more than ever. Sign up to Type 1 diabetes: Make the grade at www.diabetes.org.uk/make-the-grade and keep up to date with everything you can do to help spread the news to schools.There won’t be a triumphant, dramatic change in care in schools. It’s going to take a while but with your help we know we can make sure all schools provide the sort of care every child with Type 1 diabetes deserve.