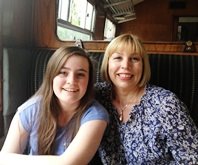 "Starting a new school can be a very daunting task for any parent or child. But for parents like me, who have a child with Type 1 diabetes, the situation can be even more fraught."Like other parents, you worry about whether your child will fit in and establish good relationships with their class mates and teachers, but with a child with Type 1 diabetes you have the added worry of their safety.

"Beth struggled to get the support she needed"

"When my 14 year old daughter Beth started her new secondary school she struggled to get the care and support she needed. On one occasion Beth had a hypo in class and became disorientated and wasn’t able to talk or move and was slumped on the desk. When Beth’s classmates alerted the teacher he said that she was fine and just needed to be left alone. If this instruction was carried out it would have put Beth’s health in serious danger. Thankfully Beth’s friends didn’t follow the teacher’s advice and got the school first aider who was able to give Beth medical assistance.

"But experiences like this knocked Beth’s confidence and she became withdrawn and fearful about going to school. Ultimately, we took the difficult decision to remove her from the school and educate her at home, which has meant she has missed out on being educated along with her peers.

"I had the opportunity to make this point directly to Schools Minister Lord Nash as part of a meeting arranged by Diabetes UK to highlight the problem children with diabetes face in school. Beth and my partner Nick also attended the meeting along with a number of other families who faced similar problems and we made the case that a new law was desperately needed as our children were being failed.

"So as you can imagine I was really delighted when the Government decided to introduce a new law that requires schools to support all children with medical conditions. I know that this might be too late for Beth’s school experience but I like to think her story played a key role in bringing about this important change." 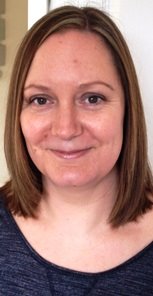 "Like other nine-year-old boys my eldest son, Lewis, likes sports, climbing and going on adventures with his friends. But unlike most other nine-year-olds, Lewis has Type 1 diabetes."Although the diagnosis came as a huge shock to our family, with the right support he is able to enjoy as normal a childhood as possible and do all the things that children love."This is why I was so upset when we were told by Lewis’s previous primary school that he wouldn’t be able to go on a residential school trip because of his diabetes. Instead, Lewis, who was eight at the time, had to return home each evening rather than join in the fun of an overnight stay with his friends.

"We took the school to tribunal"

"We took the difficult decision to take Lewis’ previous school to tribunal and we felt vindicated when the judge ruled in our favour. But while we were ultimately successful, it is a daunting and stressful process and parents should not have to resort to legal action to ensure their child is supported by their school. Life as the parent of a child with Type 1 diabetes is difficult enough already.

"Sadly, Lewis’s case is not an isolated one. I know of many other parents whose children with Type 1 diabetes face discrimination in school and are excluded from school trips and extra-curricular activities, which means they are not able to take part in normal school life and reach their full academic potential.

"This is why I was absolutely delighted when Diabetes UK took the lead on campaigning to get the Government to amend the Children and Families Bill to make all schools legally required to provide the support that children with health conditions need.

"This will mean that children like my son Lewis are able to spend their childhoods concentrating on sports and adventures, rather than worrying whether they are able to fully participate in their education." 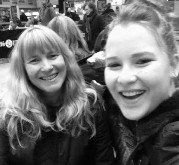 "My 13 year old daughter, Evie, was diagnosed with Type 1 diabetes in 2011 when she was 10 years old. Adapting to Evie’s diagnosis wasn’t easy but with the support of her family, friends and local healthcare team in Oxford, Evie has been able to manage her condition for the most part brilliantly."But Evie can often struggle to get the care she needs to manage her diabetes in school. While the teaching staff at her secondary school have been really supportive to Evie’s needs, there have been occasions when crises in her condition were not properly supported, which potentially put Evie’s health at risk.

"Poor support had a huge impact on Evie's confidence"

"On one particular occasion Evie experienced a severe hypo as the result of being in detention and not being allowed any snacks or drinks after having already injected her insulin. Thankfully in this case the situation was resolved before Evie became really sick and the teacher involved was very apologetic but experiences like this not only affected her ability to manage her diabetes but also had a huge impact on her confidence."This is why Evie and I campaigned with Diabetes UK to get the Government to introduce a new legal duty to support children with medical conditions – including Type 1 diabetes - at school. I also took the opportunity to tell the Government what I think schools should do to support children with diabetes as part of the Department for Education’s consultation on the new legal duty."I now really hope that all schools will implement these changes so that other children can avoid some of the problems that Evie faced. It’s really important that children with medical conditions get the support they need as poor support is not only bad for their education but is also bad for their health, in the short and long term."