Some of the UK's top DJs are coming to Scotland’s biggest city to support a local club promoter who lost a close friend to diabetes.

Chris Jardine has been working in the Glasgow music and arts scene for more than a decade - DJing, promoting bands and putting on gigs and club nights.

But his latest project is a more personal one, inspired by the loss of his friend and flatmate Dave Donnelly, who went to bed one night last year and never woke up.

Chris has managed to attract the likes of Jon Dasilva, who was resident at the legendary Hacienda nightclub in Manchester, DJ of the moment Radioactive Man, and cult performer Kid Carpet to his night at the Arches next month.

Chris is hosting ‘Difusion’ to help raise funds for Diabetes UK while paying a fitting tribute to his friend Dave, who died at the age of 29.

He has been delighted by the response he has received from some of the country’s most sought-after bands and DJs, who have agreed to help make Difusion a special night. 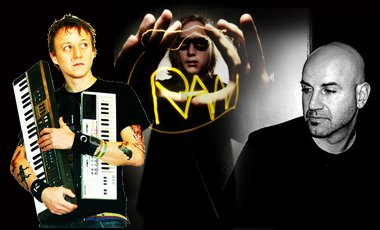 Also on the line-up are Rik Parkinson from Pioneer, Cinephile, the Streetlight Conspiracy, Arne Weinberg and Glasgow’s own Madskull.

Radioactive Man, Keith Tenniswood, whose riotous stage show will keep the crowd on their toes, is all too happy to come back to Glasgow and do his stuff for such a worthy cause.

He said: “Always a pleasure to play at the Arches. For me, Glasgow is the home of UK techno and all things Groovy if not Europe!

"Right up-for-it crew and that energy bounces back when I'm playing there, which makes it all the more enjoyable. “My dad suffers from diabetes, so 'nuff said. I think it’s a very common condition so to help out and do my bit while having a blast is great.”

Chris decided to raise funds for Diabetes UK after he lost his flatmate to Type 1 diabetes, a condition that affects more than around 250,000 people in the UK including 27,000 Scots.

Keen clubber Dave Donnelly had been out for the night on a Thursday last August before going to work the next day.

After work he went to bed to get some rest. But on Sunday morning, he was discovered having died in his sleep when an episode of nocturnal hypoglycaemia progressed into a diabetic coma.

Raising awareness of seriousness of diabetes

Chris said: “It was awful finding him like that and we all miss him so much.

“At the time I felt quite guilty that maybe if I had known more about diabetes I could have helped Dave.

“I hope it might mean that others can help their own friends cope with the condition.

“Since Dave’s death I have had so much support from friends and other DJs from all over Glasgow that it has been amazing.

“I am just so glad we have been able to put this night on, and do something in Dave’s memory.”

Difusion in aid of Diabetes UK is to be held at the Arches in Glasgow on 10 April, Good Friday.