The start of October saw a flurry of headlines on exercise being just as effective at treating common healthconditions as taking medication. The Daily Mail and London Evening Standard reported on results from a large research study on more than 339,000 people, which found that being active was just as good as taking medicine for people with heart disease and also in the prevention of Type 2 diabetes.

Researchers at the London School of Economics, Harvard Medical School and Stanford University School of Medicine in the USA examined the findings of 305 trials on pre-diabetes, heart disease, stroke and heart failure. As well as showing that exercise was just as effective as drugs in treating people with heart disease and whose blood glucose control suggested they were at high risk of Type 2 diabetes, the results for treating strokes also found that exercise was more effective than drug treatment. However, the findings on heart failure were unclear, with diuretics shown to be more effective than exercise and all other medication.

Experts in stroke and heart disease found these results interesting, but called for more research before firm conclusions are drawn about treatment for these conditions. 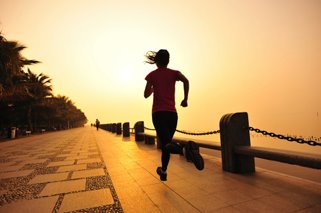 Dr Matthew Hobbs, Head of Research at Diabetes UK, said, “We already know that the best way to reduce yourrisk of developing Type 2 is to maintain a healthy weight by combining being regularly physically active with eating a healthy, balanced diet. NHS guidelines for the prevention of Type 2 diabetes already reflect this.

"These findings, which show that increased physical exercise is at least as good as drugs in preventing Type 2 diabetes, simply reinforce what should already happen in practice.”

Diabetes research
Savefor later Page saved! You can go back to this later in your Diabetes and Me Close