Scottish experts in dementia and diabetes have come together to uncover a potential link between Alzheimer’s disease (the most common form of dementia) and Type 2 diabetes. 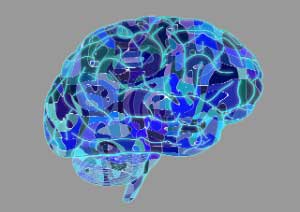 They recently published their findings in Diabetologia.

Researchers have long suggested that there might be a link between dementia (a condition where damage to the brain can bring about problems with cognition) and both types of diabetes – particularly Type 2.

Studies have found that a large proportion of people living with dementia have some form of diabetes, and we know that having Type 2 diabetes can increase the risk of developing dementia.

There is also overlapping biology when it comes to the development of both conditions: molecules that play a role in the way the body uses glucose for fuel are also involved in brain activities that use insulin. That said, researchers still don’t understand why there may be a connection between dementia and diabetes, and if there is, which condition comes first.

The chicken or the egg?

Previous research has shown that deleting this enzyme might protect against Type 2 diabetes. The team have now found that increasing BACE1’s activity in a laboratory setting not only caused Alzheimer’s-like symptoms, but appeared to cause Type 2 diabetes.

As previous research has mainly pointed to Type 2 diabetes occurring before Alzheimer’s disease, this is the first study to suggest that it could be the other way around.

Dr Emily Burns, Research Communications Manager at Diabetes UK, said, “Previous research has reported a link between Alzheimer’s disease and diabetes, particularly Type 2 diabetes, and we know that having Type 2 diabetes can increase a person’s risk of developing dementia. But as it stands, we don’t know why that link exists, or which condition might come first.

"This study is helping to unravel that complex question, suggesting that having Alzheimer’s disease may in fact increase a person’s risk of developing Type 2 diabetes. While this area of research could potentially help to combat the progression of both conditions in the future, we are currently at a very early stage and need to see if the results apply in a human setting.”