Over 300 researchers, including those funded by Diabetes UK, have produced the most detailed picture to date of the genetics that underlie Type 2 diabetes. 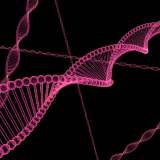 The researchers analysed the DNA of over 120,000 people, and the researchpublished today in Naturereveals several genes that could be targeted by new treatments in the future, and also highlights just how complex Type 2 diabetes really is.

The risk of developing Type 2 diabetes depends on a number of factors: levels of physical activity, diet, and specific genetic changes that are inherited from our parents.

Understanding how much genetic changes influence the risk of developing Type 2 diabetes helps researchers to develop new treatments, and identify people most likely to benefit.

Previous research has found lots of differences in DNA that are linked to Type 2 diabetes, but they haven’t pinpointed the specific genes or changes to DNA that are responsible for the increased risk.

Some researchers thought that the risk of developing Type 2 diabetes would be increased by rare changes to DNA – unique to a person and their family – but they found that common differences in DNA were behind most of the risk, each of them increasing it a small amount.

This is quite important, as we move into an era where treatment becomes more personalised to the individual. Finding the best way to prevent or treat Type 2 diabetes in the future will involve looking at a person’s overall DNA, along with other risk factors like lifestyle, rather than specific genes.

Professor Mark McCarthy, from the Wellcome Trust Centre for Human Genetics at the University of Oxford, one of three senior authors on the paper, said: “This study highlights both the challenges we face, and the opportunities that exist, in resolving the complex processes underlying a disease such as Type 2 diabetes. In this study, we have been able to highlight, with unprecedented precision, a number of genes directly involved in the development of type 2 diabetes. These represent promising avenues for efforts to design new ways to treat or prevent the disease.”

Dr Elizabeth Robertson, Director of Research at Diabetes UK, said: "This is the clearest picture to date of the complex genetics that underlie Type 2 diabetes. We know that lifestyle factors like levels of exercise and diet play a significant role in the development of the condition, but the exact role of specific genes has long been unclear.

This research shows that particular genes appear to be involved in the development of Type 2 diabetes, and these could be targeted by new treatments in the future. Many of the genetic changes found appear to be common, which will have implications on how to personalise therapies to prevent or treat this condition in the years to come.

It's fantastic to see that the full results will be accessible to scientists around the world, and that work co-funded by Diabetes UK is speeding up research into Type 2 diabetes and helping us to reach the answers we need faster."