A keen rower reached land on 3 February after two months at sea to raise money for Diabetes UK.

Scott finished the Atlantic Challenge in 10th place, ahead of two other teams. Scott arrived in Antigua after rowing over 3,000 miles across the Atlantic Ocean, in a bid to raise £25,000 for the charity.Scott Etherington, 33, from Hertford (pictured right), and rowing partner Viktor Mattsson, from Sweden, set off from La Gomera in the Canary Islands on 3 December. They spent 61 days at days at sea, spending Christmas and New Year in the middle of the Atlantic thousands of miles away from friends, family and home comforts.

Sixteen teams from across the world began the challenge, but four ran into difficulties and had to retire from the race. The pair rowed and rested in two hour intervals and battled 50-foot waves, powerful storms and painful salt sores to cross the finish line. They overcame many difficulties and managed to fix a broken rudder that slowed their progress and meant they were on para-anchor for eight days.

The water maker broke two weeks in, so they had to hand pump water for three hours a day in the cabin, which was 35 degrees. They also encountered a large shark which they filmed just 30 minutes after Scott had been swimming. Against all odds they still managed to make up time and finish in 61 days.Aiming to raise £25,000 for Diabetes UK 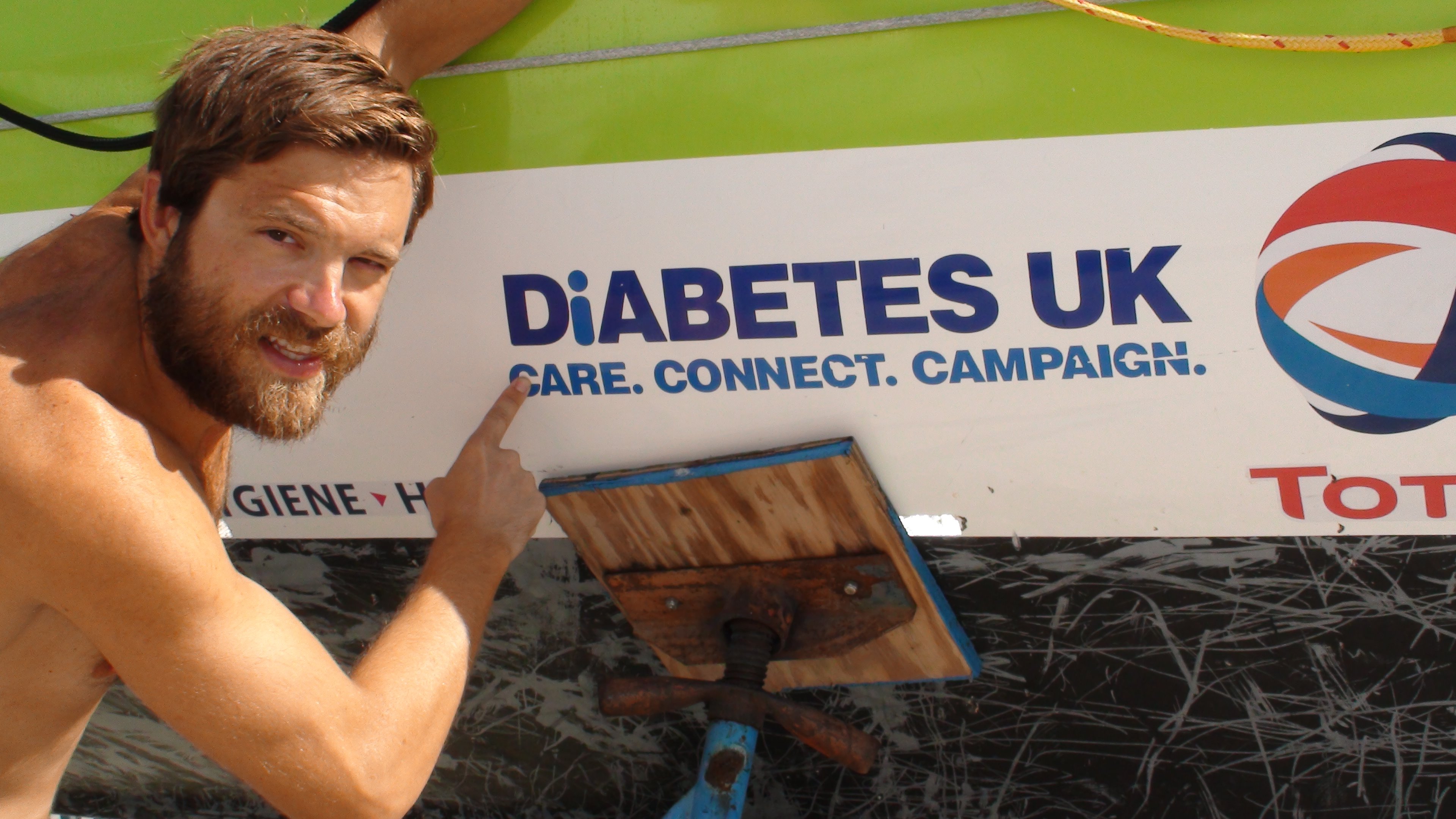 Scott is a Finance Manager for Tesco Clothing in Welwyn Garden City and has organised several 24 hour rows at Tesco stores across the country as part of his training schedule. He has now  raised over £19,000. Scott is aiming to raise £25,000 which will contribute to the £10 million fundraising target that Tesco colleagues across the country are working towards for Diabetes UK, Tesco’s National Charity Partner.

Most physically and mentally challenging experience of my life

The money raised will help support some of the three million people in the UK living with Type 1 and Type 2 diabetes, and help find a further 850,000 more who remain undiagnosed with Type 2.

Scott said: “Rowing across the Atlantic Ocean has been the most physically and mentally challenging experience of my life. We have battled the elements and overcome several problems with the boat to cross the finish line.“The spectacular sunsets, shooting stars, whale sightings and thoughts of home kept us going. I couldn’t have completed the adventure of a lifetime without the encouragement of the support crew, family and friends.

“The support I have had from my colleagues at Tesco has been incredible – from taking part in my 24 hour row sessions in stores across the country to sponsoring me ahead of this challenge.

“I’m looking forward to putting my feet up and spending time with my family in Antigua before returning home.”

Paul Amadi, Director of Fundraising at Diabetes UK, said: “We’d like to congratulate Scott on the finishing 10th in the Atlantic Challenge, what an incredible achievement!

“His determination is amazing and we are deeply grateful for his fundraising efforts. With his support the partnership can continue to support the millions of people in the UK with diabetes.

”Diabetes UK and Tesco are working together to create healthier communities, and to help support those affected by, and at risk of, diabetes. The partnership aims to support the millions of people who have to live with diabetes every day; help hundreds of thousands of people take action to reduce their risk of Type 2 diabetes; and fund investment into ground-breaking research.