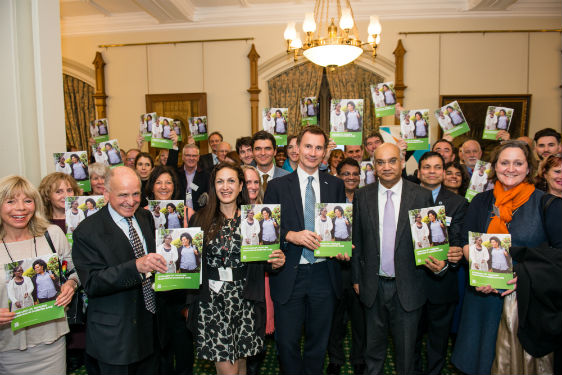 In November the APPG published its report recommending how variations in care can be reduced in three key areas:

On 23 November the report was launched at a reception in Parliament. Health Minister, The Rt Honorable Jeremy Hunt MP, spoke at the launch and highlighted the £40 million extra funding to improve diabetes care. He said that we are on the cusp of making a big change for diabetes care as well as thanking everybody involved for their continued campaigning.

We also heard from Lauren Proctor, who has Type 1, about the reality of living with the condition and the importance of reliable and high quality diabetes care for all.Ruth Miller, a Diabetes UK Clinical Champion, also spoke about diabetes inpatient treatment and the unacceptable variation in care throughout the UK.

The event, attended by MPs,Diabetes VoicesandDiabetes UK Clinical Champions, was a huge success and the report will hopefully shape diabetes care and reduce regional variation in the future.