Wales has the highest prevalence of diabetes in the UK. We are all likely to know someone affected.

More than 194,000 people in Wales are living with diabetes. This is 7.4% of the population aged 17 and over - the highest prevalence in the UK - and the numbers are rising every year.

Around 90% of this number have Type 2 diabetes.

Estimates suggest a further 61,000 people in Wales have Type 2 diabetes, but have not yet been diagnosed. This brings the total number living with diabetes in Wales up to more than 250,000.

Another 580,000 people in Wales could be at risk of developing Type 2 diabetes.

This is the most devastating and fastest-growing health crisis Wales is facing.

If current trends continue, by 2030 it is estimated that 311,000 people in Wales will have diabetes.

Diabetes costs the NHS in Wales approximately £500m a year, 10% of its annual budget. 80% of this is spent on managing complications, most of which could be prevented.

Diabetes stats and figures in the UK

The Future of Diabetes report

In 2017 we spoke to thousands of people across the UK, including hundreds here in Wales, about their experiences of living with diabetes today, and their hopes and fears for the future.

We published the results in our Future of Diabetes report.

State of the Nation - Wales 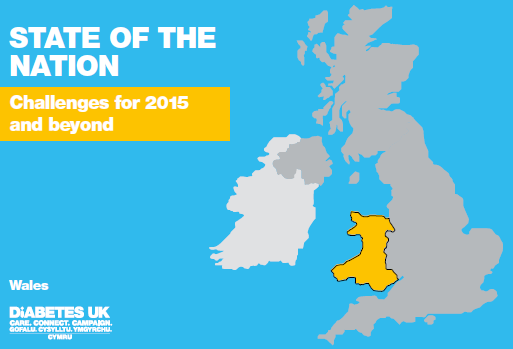 Our State of the Nation report gives an important overview of diabetes care and service delivery in Wales and demonstrates the standards of care being received.