Walks in the pouring rain, awareness talks at your local schools and a suprise visit from Prime Minister Theresa May. You all went above and beyond this Diabetes Week.

Thank you to everyone that got involved in raising awareness and celebrating. Read on to find out more on what local groups around the UK got up to this Diabetes Week. 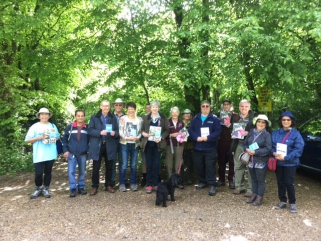 The Annual Sponsored Walk is usually held on the second Sunday of May each year and their joint aim is help people with diabetes get fitter and help them manage their condition more effectively.

The group managed to walk an amazing 6 miles raising over £800 to support our work. Prime Minster Theresa May and her husband Phil surprised the group at the start of the walk. She spoke to the group about challenges managing her Type 1 diabetes, as well as her duties as Prime Minister. 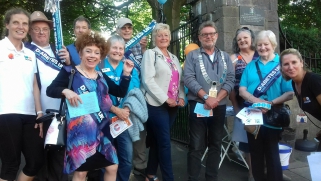 North Norfolk Local Groupwas chosen by Waitrose in North Walsham as one of their three local charities this Diabetes Week.

This shows the impact the group are having in their local community and opportunities for promotion and fundraising to support more local people affected with diabetes.

The North Norfolk group have also been chosen as one of the three charity finalists at the North Walsham branch of Sainsbury’s for their Local Charity Partner of the year (results to be announced soon).

Walk and talk with the Ribble Valley group

They teamed up with an organisation called Up and Active and walked around the park handing out information leaflets, encouraging people to join in and talking to people about the condition so they could know more about diabetes.

The Mayor of Ribble Valley, Richard Bennett, and the Mayor of Clitheroe, Maureen Fenton, supported the walk and where joined by 12 members of the Ribble Valley group.  Along the way they engaged with around 50 people and spread the important messages about diabetes and keeping active. 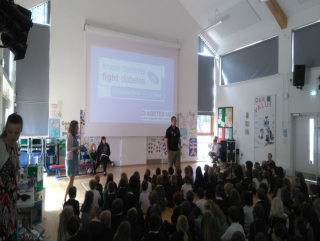 These projects include theType 1 Eventswhich givechildren,teenagers,adultsandfamilies affected by Type 1 the chance to meet up, make friends, share experiences and learn from each other.

This year saw 100 people attend the Walk and even the rain didn’t put them off from taking part and having fun.

So far the group have raised an amazing £1,200 but there are still donations coming in so a massive thank you to eveyone that took part and donated.

Getting the kids involved

During Diabetes Week, York Type 1 Youngsters and the York & District Adults Diabetes UK group hosted an assembly in a local primary school to over 400 pupils about Diabetes.

During the presentation, a pupil with Type 1 diabetes also talked about her insulin pump and Freestyle Libre, raising awareness amongst her peers.

On Friday 16 June, all pupils could wear blue for the school day to raise awareness of diabetes. In all, they managed to raise over £300 for Diabetes UK.