In Dad's memory, we wanted to raise money for, and awareness of, Diabetes UK and the outstanding work, support and research they provide.

Edinburgh Castle formed the backdrop for a warm welcome to a team of determined cyclists from Lincolnshire who took on a 600-mile cross country challenge.

The “Six Spoke Army” is the brainchild of Royal Air Force serviceman Dave Gordon, whose father Ian Gordon sadly passed away in May 2015, after lapsing into a diabetic coma. Dave took on the challenge to raise vital funds and awareness for Diabetes UK and the Royal Air Force Benevolent Fund. 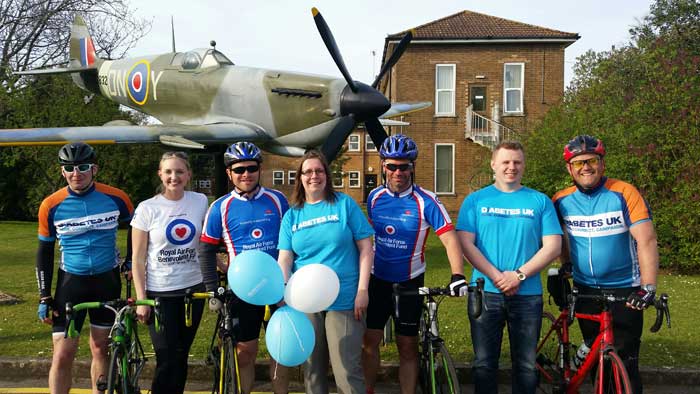 Originally intending to cycle the equivalent distance of Lincoln to Edinburgh on a Turbo Trainer in his local gym, a friend said he would join in if Dave did the journey for real, followed by a third friend who made the suggestion that it made sense to cycle to Edinburgh and then back again to get a big “welcome back” reception.

Between them, Dave and his friends developed “Tour de Lincolnburgh, a 600-mile bike ride across seven days. The “Six Spoke Army” is made up of Paul Satterthwaite who suggested the return cycle from Edinburgh; Jon Starbuck, an experienced cyclist who has developed tailored training plans for the team; Darren Swift, who has devised routing for the event; and Rebecca Felton and Jamie Hudson, who are acting as a support team for the cyclists. 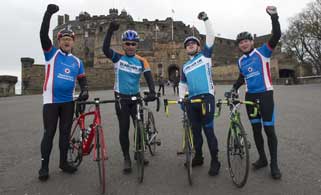 “Although I knew he hadn't been in the best of health, Dad's death still came completely out of the blue,” says Dave. “It highlighted how serious a condition diabetes is if not managed properly.

“In Dad's memory, we wanted to raise money for, and awareness of, Diabetes UK and the outstanding work, support and research they provide.”

“While the ultimate goal would be to find a cure for both types of diabetes, our immediate hope would be to make people more aware of how serious diabetes is, and how wide-spread it is due to modern lifestyles and eating habits. That message is getting out, but we can always do more,” says Dave.

“Diabetes UK do incredible work in conducting research into the condition, and the support provided to those with both types of diabetes. As Type 2 diabetes is becoming far more common, the charity needs as much support as possible to keep providing that research and support”.

The team has already raised more than £2,800 for Diabetes UK.

If Dave and the The Six Spokes challenge has inspired you to fundraise, order our helpful fundraising pack for information on how to get started.