4 half marathons for 'FAB' 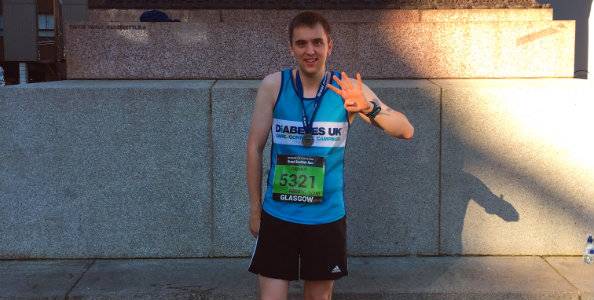 Danny finishing his fourth half marathon in Glasgow.

Fabian was just 12 years old when he passed away in 2005 due to Type 1 diabetes complications.

Fabian tragically died due toType 1diabetes compliactions at the age of 12 years old. Danny's fundraising efforts have raised a total of£2,112.50to the 'FAB fund', set up in his honour by his family.

Danny originally signed up to the Glasgow marathon as his event of choice but ended up signing for the Perth, Peterhead and Edinburgh half marathons too. He called them the 'Four4Fab'. 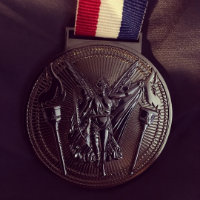 A medal from one of the Four4FAB

“I was really happy with my running times which improved with each race, but was even more delighted to raise so much money to support people living with diabetes."

"I originally set a target of £500 so to raise four times that is fantastic.”

With Danny's support and everyone who has done so much in memory of Fabian we can strive for a world where diabetes can do no harm.

If you'd like to take part in aneventor are interested in fundraising, order afundraising packand find out what you could do.