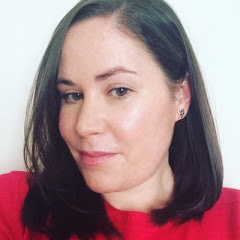 For Ana, getting informed about gestational diabetes and taking time for herself were important parts of managing her condition.

Like a lot of pregnant women, I had a routine Oral Glucose Tolerance test (OGTT) at 28 weeks with my second pregnancy,

I have a family history of diabetes, but having been OK with my first baby I didn’t think much of it when tested the second time around.

The test itself isn’t much fun because it takes up a couple of hours, but I had never actually considered it may come back positive and what that would entail. So, when I found out my blood sugar was high and I was diagnosed with gestational diabetes I was shocked, scared and of course worried about what it meant for me and my baby.

Pregnancy is already a time where emotions are running high, but getting a surprise diagnosis in the third trimester is particularly tough. After the initial feelings started to calm down a little I set about trying to get as much information as I could, thinking of ways to help myself and possible scenarios made me feel less helpless. I devoured all the information given to me by the NHS, searched online and downloaded apps to help me get a handle on the amount of carbs in everyday foods.

Gestational diabetes does mean quite a bit of extra monitoring and care in the last trimester of pregnancy – this has positives and negatives. All the extra appointments would sometimes be boring and stressful, other times it was lovely to see baby and be reassured that everything was going OK.

When it came to food and gestational diabetes, my initial thoughts were obviously centred around what I could and couldn’t have. After a few weeks of monitoring my blood sugars I could see not only what foods kept my blood sugar the most stable, but also when to eat and how to space out my intake to keep me balanced.

Despite cutting back my levels of carbs and sticking to the levels set by the dietitian, my early morning fasting readings were slowly creeping up and during the last couple of weeks of pregnancy I had to inject some insulin.

I can’t say having to inject yourself with insulin is a pleasant experience, but in hindsight it certainly wasn’t as hard as I had made out to be in my mind. Just like checking your blood sugars, it's something you get used to quite quickly and is very manageable.

I tried to make sure that I made time to relax as much as possible in between work and hospital appointments, a warm bath and early night became a real treat. I tried my hardest to take the best care of myself that I could and found hypnobirthing practice a really great way to relax.

"Looking back on my experience of gestational diabetes, it's a rollercoaster ride both emotionally and physically."

As soon as I gave birth the diabetes was gone and follow up tests have since been negative. I found being informed and taking time for myself the two most useful tools, but I also found the support of my partner invaluable during that time.

Read about Ana’s experience of giving birth to hear second child, on the parenting and lifestyle blog Quite Frankly She Said.