Haynes family holds a year's worth of fundraising events 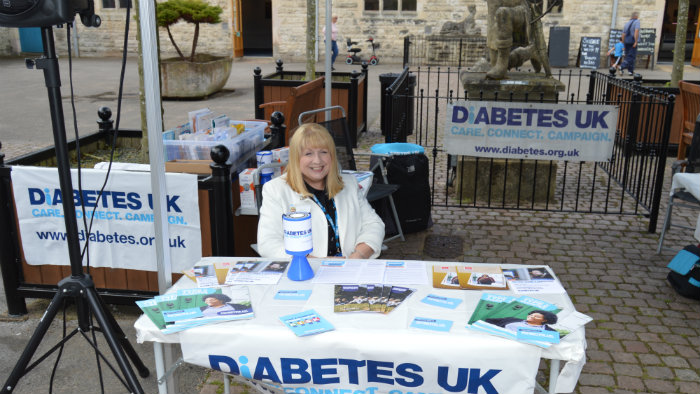 Marie takes a moment having finished her prep for a fundraiser

An unbelievable commitment to diabetes care

After 34 years spent as a Diabetes Specialist nurse, Marie Haynes from Whitwell decided to mark her retirement with a year-long fundraising extravaganza for Diabetes UK.

For her time spent working with people affected by diabetes Marie has always been given loving praise from those she’s supported. Phil Casey, a former patient from Chesterfield sums up the care she provided throughout her career.

“Since Marie has been my diabetes nurse I’ve managed to put my diabetes into remission. My diabetes management is brilliant now and I believe this has all been because of Marie.

She has been a great tutor, has given in-depth advice, has explained everything very simply so that I could understand. But most importantly has given me her time and listened to everything I’ve had to say. Marie is an exceptionally good Diabetes Specialist Nurse and she deserves huge recognition - she’s literally changed my life.”

It's no surprise then that with the help of her family Marie’s year of fundraising was a roaring success. Together they raised a fantastic total of £2,100 throughout 2016.

To kick things off her 35 year old daughter, Dominique, took on the Great North Run in September. She raised nearly £750 running 13.1 miles.

Whilst Dominique took on an event Marie’s husband, Bill, created a special compilation CD to sell in aid of Diabetes UK.

“When Marie told me about her fundraising plans I knew it was something I had to get involved with,” Bill explained. “I love singing, so I thought I’d put this hobby to good use and start fundraising.”

Bill regularly performed his songs in the courtyard of Thorsby Hall over the summer collecting donations and raising awareness of diabetes. 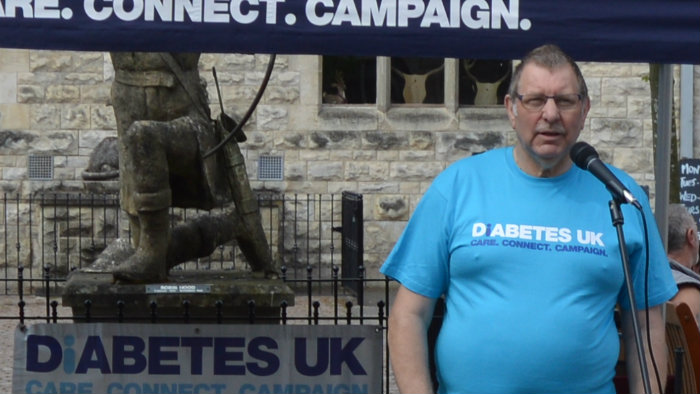 Bill used his passion for singing to raise awareness and funds

Three generations of Haynes were raising awareness of diabetes

Looking to raise local awareness as well as funds, the Haynes organised a collection at a Mansfield Town FC football match and held a raffle at the club’s bar in the evening. Marie, her daughters and her grandchildren gave out Diabetes UK information leaflets to raise awareness. That's three generations!

Finally, the main event was a charity dinner and entertainment evening held at Thoresby Hall’s Blue Room in October. Friends and family were invited to hear Bill sing, while other talented musicians also performed on the night. The dinner raised over £650.

Safe to say Marie is a hero in our eyes, along with her family and everyone that helped them make 2016 such an incredible year. Having spent 36 years giving people the best care and advice, she’s inspired her community to help create a world where diabetes can do no harm. Amazing.

Want to start your fundraising story? Order aYour Way pack for everything you need.