I believe in a positive attitude all the way 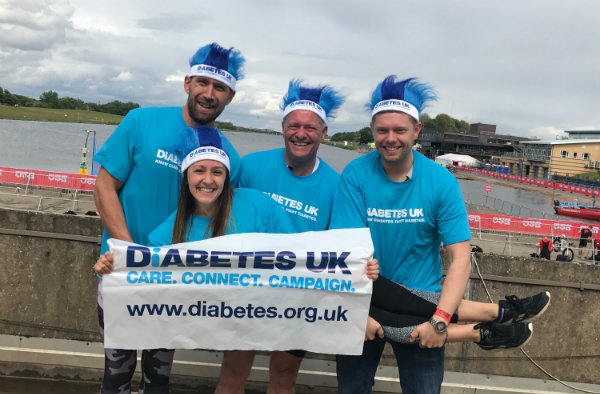 I was diagnosed with Type 1 diabetes at 16 years old

Being diagnosed with diabetes at a young age can be isolating and there is an awful lot to learn. Brittany has had Type 1 diabetes for many years now, but her commitment to a positive attitude and the love and support of her family has meant she’s never let the condition hold her back.

In support of their dearly loved daughter and sister, Brittany’s father, Andy, and brother, Jordan, took on a triathlon together to show their support. Read below how important family is for Brittany and what it meant to have her brother and dad take on a triathlon while fundraising to help other people affected by Type 1 diabetes.

I was diagnosed with Type 1 diabetes when I was 16 years old, just as I started sixth form. I found out I had diabetes when I lost a dramatic amount of weight without trying to, I was drinking bottles and bottles of water a day yet still being thirsty and constantly needing the toilet.I mentioned to my father I felt ill and he took me to the doctors. I was then rushed into hospital and diagnosed with Type 1 diabetes. I’m now 27 and full of life.

My parents have always been there for me, continually making sure I'm fine and never letting diabetes rule me. I rule diabetes! I believe in a positive attitude all the way which has helped me control my diabetes well and live a normal life. I'm extremely close to my parents, we all work together which is a real bonus.

It was really emotional for me

They trained weekly and were ready to take on the challenge. Bearing in mind my dad, Andy, is 54 and my brother Jordan is 29. They had to complete a 750m open water swim, 20km bike ride and 5km run. I was on the course cheering them on and there at the finish line, it was really emotional for me. But they did it and they raised a totally amazing £360. 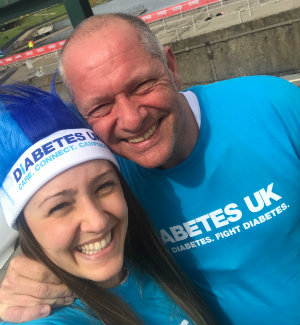 Brittany and her father, Andy

My dad even out did my brother coming in 4 minutes quicker. It was brilliant.

Family means the world to me and I want to say a huge thank you to everyone who supported my brother and dad on raising money for Diabetes UK! It meant so much to me.

Here’s to having Type 1 diabetes and never letting it rule you.”

Brittany is an inspiration to us at Diabetes UK, as well as Andy and Jordan, official triathletes and fantastic fundraisers. We couldn't be more grateful for their support which will help us be there for people in need of support and advice to manage their diabetes, fund ground breaking research and one day create a world where diabetes can do no harm.