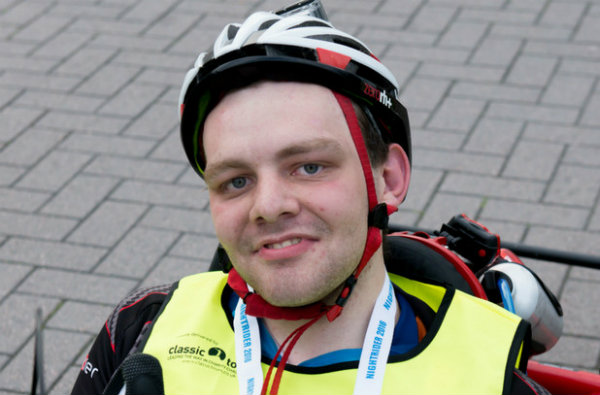 Ryan found the sport of handcycling three years ago

Day to day tasks are often a challenge

Day-to-day tasks are often a challenge, such as not being able to walk unaided for long distances, not being able to hold a pen and limited speech abilities. Because of this, three years ago Ryan felt he had limited options for sports he could really get into.

That was before his teacher recommend handcycling, a bike powered by the force of arms instead of legs, which has now become more than a passion for Ryan, it’s a talent.

“My teacher in college asked if I would like to try handcycling for six weeks at the Gravesend Cyclopark (in Kent).

I’ve never been able to ride a bike due to me being in a wheelchair, I didn’t even know handcycling was available until I was asked to take part in the six-week-plan at school.

I fell in love with the freedom and enjoyment it gives me.

I have cerebral palsy, dystonia, Type 1 diabetes, Raynaud's disease, chronic pain syndrome and epilepsy, sometimes none of these are fun and all together just a real pain.

But I'm still smiling when I'm cycling, even in the rain.”

Fellow handcyclist, Gio Strawbridge, asked Ryan if he’d join him on the BristolNightrider– a 100km cycle through the city at night.

From there Ryan’s commitment to fundraising has not only led to a fantastic contribution to creating a world where diabetes can do no harm, but a nomination for a Fundraising Inspire Award.

When hearing the news Ryan said, “I felt proud”. 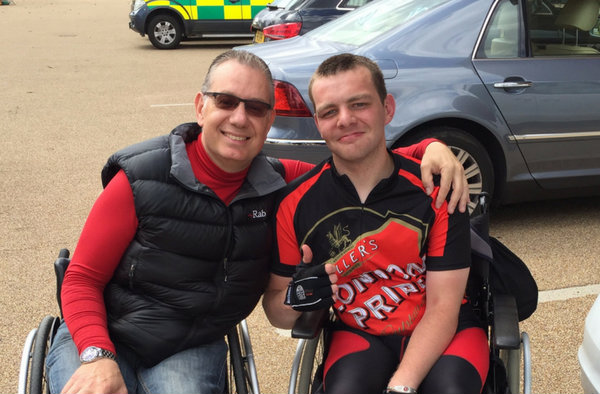 "He is very cheery and always enthusiastic about being involved with Diabetes UK.

Ryan's family have boundless energy and have given him such amazing support.".

If Ryan has inspired you to help us create a world where diabetes can do no harm, order afundraising packfor all the ideas and knowledge you need to get involved and make a difference.