I signed up to Swim22 to help raise awareness of diabetes 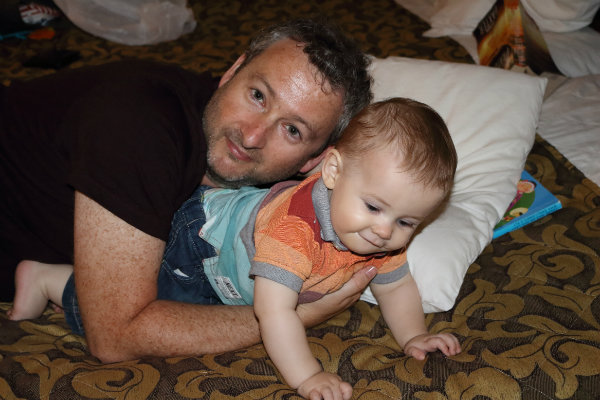 My diabetes was discovered almost entirely by accident

My name is Neil Young. No, not him – I don’t sing or play guitar – but we do have Diabetes in common. He has Type 1 diabetes, and in July 2016 I was diagnosed with Type 2. I am 39, a computer engineer running a small business performing computer repairs and upgrades in a town in Somerset, and live with my wife Dawn and 16-month-old son, Jack.

My diabetes was discovered almost entirely by accident after a car drove into the back of me in November 2015. I was a walk-in casualty patient with symptoms of whiplash and after several tests, not only was my blood pressure off the scale, the nurse was concerned with protein in my urine. This triggered a series of tests which led to my diagnosis 6 or 7 months later.

Luckily it was discovered early and my HbA1c score was 48, so at the low end of the scale. I am also fortunate to be in a position to do something about it. It’s funny, as growing up, both my brother and I were very active – either swimming, playing football or doing athletics. I had qualified as a lifeguard by the age of 13, and ran for my county at 16.

But then exams and teenage life kicked in and sports took a back seat for, well, 23 years! During diagnosis, I was told I needed to lose 20kg of weight. I knew I had a small tyre around my waist and was always conscious about it, but diagnosis was the motivation I needed.

I have dabbled with the gym in the past but found this to be very expensive and a lot of hard work with little gain. I tried running again but this was after a late shift so going for a run when I got back at 1am didn’t last long – plus there is always something suspicious about running around the streets at that time in the morning!

So, I started swimming. I was already a member at a local (warm) pool as we take our son there on Sundays. I quickly got back into the rhythm within a month or two, and by Christmas I was easily able to swim 2.5km a session. 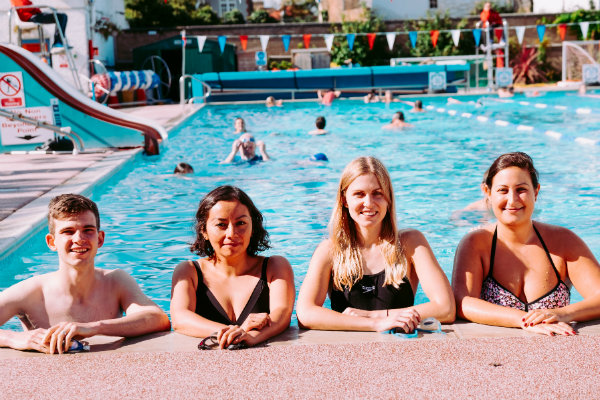 I signed up for Swim22 to help raise awareness of diabetes

I signed up forSwim22to help raise awareness of diabetes, especially Type 2 as for many people it is easy to reduce your risk of developing it. Maybe this doesn’t work for everybody, but I immediately cut out chocolate, crisps and deserts such as ice cream, cheese cake etc.

I may have over indulged a few times on these items in the past but never considered myself to have an unhealthy diet, and to be honest, I haven’t swapped my diet much either. I was worried that I would have to eat differently, but we have generally just cut down on portion sizes. So a chilli now lasts two days rather than one, Sheppard’s pie and other bulk meals the same.

This also helps reduce the carbohydrate intake too. I have started using wholegrain products such as rice, pasta and seeded bread too, but it doesn’t work for everything – a Rogan Josh with brown rice just doesn’t work but wholemeal tuna pasta bake does. It’s amazing how much money this saves on the shopping bill too, and honestly, it’s not boring having the same meal two nights in a row – providing you don’t have the same thing too often of course.

After cutting out certain foods, which was actually easier than I thought, you just have to not buy them when you are out shopping, and swimming 3 times a week, I noticed very fast results. I weighed myself every Sunday morning and was losing about 1 Kg a week.

This gave me the encouragement to continue swimming. On my diabetic review, I learned that my LDL cholesterol had more than halved down to 4 mmol/L and reduce my HbA1c from 48 mmol/mol to 44 mmol/mol. I have also lost 10kg of my target 20kg, although during recent weigh-ins, it is proving tricky to shift the other 10kg… I guess I’m building muscle now.

I have based mySwim22on the pre-Christmas swims, so kind of committed to swimming 44 miles in the time given. However, in the new year, the pool has been very busy, which is good for them, but has reduced my distance per session to between 1km and 1.5km so I may need to throw in some extra sessions or find another pool, but I will do my best.

I don’t require medication or insulin to control my diabetes at the moment and hopefully will not in the future, as I am at a level where I can control it with diet and exercise. There are many people who have heard about diabetes but not many of them know the causes or take it seriously. I am fortunate that I was diagnosed (entirely by accident) early, so provided I am sensible, I am at a low risk of developing the many serious complications it can cause.

There are many people however that are living their lives right now that might already have Type 2 diabetes and not know it. There are many people who are headed that way, again without realising. Hopefully by raising money for Diabetes UK, along with all the other work they do for diabetes, they can continue to raise awareness of it and the many preventative measures you can take to reduce your risk of developing Type 2 diabetes or lowering your risk of its complications.

Life is demanding and many of us don’t have time to get everything done in the day or eat properly. However, take it from me – I work 18 hours a day 7 days a week sometimes (which probably isn’t healthy in itself) but cutting out (or down on) chocolate, crisps, desserts, ready meals, fast food, takeaways and reducing your meal portions doesn’t take any time at all.

It will also save you money making a meal last two days - may even save you time for tomorrow’s meal! I actually really look forward to swimming, and 60 - 90 minutes three times a week gives me a chance to take most of my daily stresses out on the pool, which no doubt helps my blood pressure too!