Swim22: 'the health benefits have been incredible' 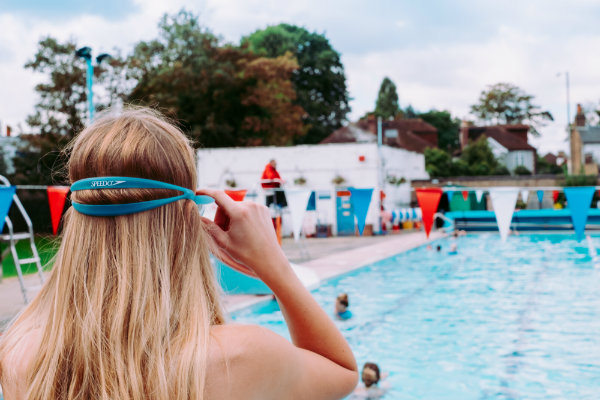 Robbie Brown is swimming 22 miles – the equivalent of swimming the English Channel – to raise funds for Diabetes UK.

Swimming has transformed the life of Robbie who has Type 2 diabetes. Swimming multiple times each week he feels better than ever before and couldn't imagine his life without it.Swim22has enabled and encouraged Robbie to push his swimming goals further and to support others living with diabetes at the same time. It means a lot to him and his family.

Swimming has been a God send. I wanted to help Diabetes UK fund their valuable research and that’s how I got into swimming. Now it’s become a part of my lifestyle and the health benefits have been incredible. I feel good, my body shape has changed and the retinal damage I had only six months prior toSwim22has receded.

It’s transformed my life to the point my wife now jokes I’m half-man, half-dolphin! My younger brother who also has diabetes was so impressed he’s now in training to doSwim22with me next year. It works wonders and I really hope more people join us.”

Swim alone or with team mates

Diabetes UK’sSwim22challenge starts in February and gives swimmers three months to swim 22 miles in their local pool, either by themselves or by splitting the distance with team mates. Swimming two and a half hours at a time, Robbie did it in a week for Swim22 last year - an achievement he hopes to better this year by doing it in just four days.

Vivienne Martin, Diabetes UK Fundraising Events Manager, said: “It’s great to hear how much Robbie has enjoyed doing the challenge and that swimming has become such a big part of his life. Incredible what a difference the swimming has made to his eyesight and just shows the health benefits.

“Swim22is perfect for anyone who wants to challenge themselves to get fitter and to keep physically active. In turn it helps them to maintain a healthy weight which can contribute to preventing the development of Type 2 diabetes.”

If Robbie has inspired you to take on this challenge and dive into 2017,sign upfor Swim22 today.

You can sign up toSwim22after the 22 February, registration will be open until the end of June so you’ll still be able to take part if you sign up before then.