To the Statue of Liberty and back 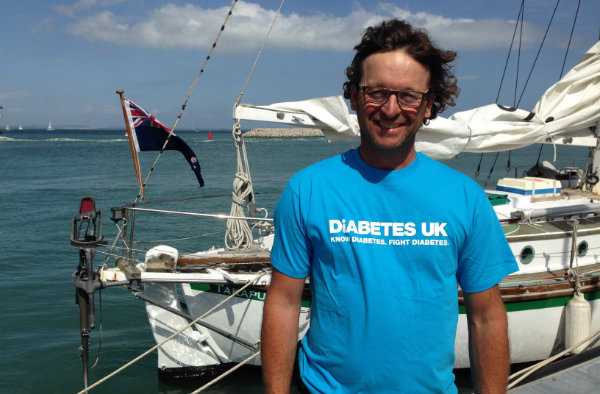 An Ocean Yacht Master on a mission

Adam Periera is a man on a mission. As a professional sailor, ocean yacht master and freelance boat builder Adam is a champion of the sea in many respects. With 100,000 nautical miles experience offshore and, amongst a host of accolades, having set the Volvo 70 record for the Round Britain and Ireland Race, if you're at sea with Adam you're in safe hands.

Adam was diagnosed with Type 1 diabetes aged 33. His diagnosis has never prevented him from doing what he loves, but it was a major adjustment.

Now 49, Adam's achieved nearly all that you can conventionally at sea. So what better way to strive for more than to come up with your own challenge, something you know will push you to your limit. It was time for this sailing legend to set a challenge that would use all of his skill, experience and dedication to complete. And for good measure one that will go down in history in both the worlds of sailing and diabetes. For Adam the time had come for him become a champion of the cause.

The first person with Type 1 diabetes to complete a solo transatlantic crossing.

I wanted to inspire people with the condition

Living with diabetes is complicated, isolating, tough to grasp and can affect your confidence.

Adam's motivation for this trip was "to inspire people with diabetes to pursue their wildest dreams and live awesome lives". To be confident and courageous, bold and adventurous whilst managing their condition. He's gone over and above to show people living with diabetes that they can set their goals and reach for them.

The journey is one that will throw challenges at Adam from any direction, both from the sea and his diabetes. "I’ll be frequently testing my blood glucose levels. It’ll be a special feeling when the Statue of Liberty starts to come into view after so many hours at sea." After reaching the New York coast Adam will be heading straight back home to complete his trip within the 10 week period.

With 3.6 million people living with diabetes in the UK Adam's determined to use his challenge to "raise huge funds for diabetes research". This tireless journey is an incredible test for anyone, but to do it solo with Type 1 diabetes is exceptional given the task at hand.

Sailing towards a world where diabetes can do no harm

The 7,000 mile trip to New York wasn't something Adam could have made a reality completely on his own. The Royal London Yacht club have been supporting him as he takes on this epic ocean adventure and you can see where Adam is using thistracker. 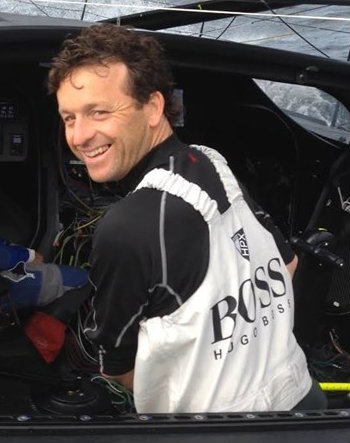 But it was a couple that live locally to Adam in Ventor on the Isle of Wight that gave him the most important component to set sail - his boat. Peter and Lesley Knight have had Takapu, a 39 foot Fran Blom design boat in their family for 30 years. After hearing of Adam's plans they gifted him with a part of their family's history to make his dream a reality. Without the Knight family's generosity this project may have never got off the ground.

Though we can't set up cheering squads across the Atlantic to show Adam how much his support means to us we're incredibly proud to a part of his fundraising as he sails towards a world where diabetes can do no harm.

Every minute Adam's alone with just the horizon for company is motivation for us to work harder than ever before for people affected by diabetes.

You can make a donation to Adam's JustGiving page to help him towards his target, or if he's inspired you to pursue your wildest dreams you could get involved and take on your own challenge for people affected by diabetes. Order a fundraising pack to find out more.

Thank you Adam, you're a real life hero.