80 years of insulin: diabetes hasn’t stopped me doing anything I’ve wanted to 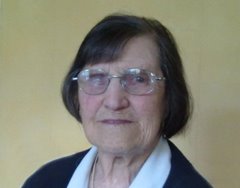 "I don’t know life without diabetes: I was diagnosed with the condition as a baby in Canada, about 80 years ago, and was lucky enough to have been put under the care of Dr. Banting, one of the discoverers of insulin, who put me straight onto insulin injections.

In those days, not many people knew anything about diabetes so I say I was lucky because I was in the right place at the right time to have been treated by someone at the forefront of diabetes treatments. At that time, we lived on a ranch in rural Canada so we got to the local hospital by kayak and it took us more than a day to get to Toronto hospital by train.

Coming to the UK

My mother used to give me my injections until I was old enough to do it myself. In 1937, when I was nearly seven, we came to the UK as my parents wanted me to have a British education. I was the first child to be treated by RD Lawrence at King’s College Hospital. Lawrence, who had just a few years earlier founded the Diabetic Association (which later became Diabetes UK), was a real character; he would inject himself in front of me in his office during consultations. He always looked very smart in a morning suit and would have a snack on his desk in case he needed it to give him a boost.

Growing up, I never let diabetes get in the way of anything. My mother was particularly keen for me to be a normal little girl and not be seen as an invalid. I played tennis doubles for my school and my teachers would leave a snack at the net just in case I started to feel woozy! When I think about it now, they were very understanding.

"I had to sharpen the needles myself"

Of course, taking insulin in those days was a very different affair to nowadays. I injected myself with reusable glass and metal syringes and would have to sharpen the needles myself. In fact, I continued to use these same old-fashioned syringes up until about five years ago – I suppose it was just what I was used to!

Through my connections at King’s, I went on to become a senior cardiac technician, working until only a few years ago. As well as seeing changes in the treatment of diabetes over the years, I also saw a lot of medical advances through working in hospitals – I saw the introduction of ECGs and open heart surgery right from the front line.

"In those days it was normal procedure"

My husband of nearly 50 years, Ray, and I had a healthy son born at King’s. In those days it was normal procedure for pregnant ladies with diabetes to have a Caesarean around six weeks before the natural due date, as there was a worry that the babies would be too big at birth otherwise. Apart from that, I can’t remember any special monitoring or treatment for my diabetes during pregnancy. And I was back to work just three weeks after the birth!

Healthy eating has always come naturally to me and I’ve never really eaten sweets or chocolate. I do like the treat of a Kit-Kat when I have a hypo though! I’m still surprised at how little people understand diabetes – even people who have it – and how they don’t see how important it is to live a healthy lifestyle.

Up until about three years ago I’d never had any health problems and hadn’t suffered too much with hypos. But then I started to have severe night time hypos – it was a worrying time for me and my husband and a few times we had to have the ambulance come out in the night. When having a hypo one day, I fell and broke my hip and while I was on bed rest I got blood blisters on my heel – I really wasn’t used to sitting still for so long! Unfortunately, this led to the amputation of my lower leg which means I now have to use a wheelchair and have to pay for extra care at home. I can’t ever remember having foot checks and it may be that had I got all the checks I needed I could have been spared the amputation. This year I’ll be having my second ever retinopathy check in all the 80 years I’ve had diabetes.

I believe I’m the oldest person in England with an insulin pump, which I started using nearly two years ago, and it’s completely changed the way I look after my diabetes. Instead of the extreme swings in my blood glucose levels (I’ve been known to go as low as 1.7 and as high as 30!) and the scary night-time hypos I was having, I now run on an average of 7mmol/l. I’m checking my levels more than I ever have before and it’s obviously paying off – I’ve had almost no hypos since I’ve been on the pump.

I’m convinced that, even though the pump can be expensive for the NHS, it has got to be cheaper than the emergency home visits and hospital appointments I needed for my hypos before. I really believe that anybody who can use a pump should be put on one.

It’s been 90 years since people started using insulin to treat diabetes. It’s certainly kept me alive for over eight of those nine decades and has allowed me to have a family, a career and enjoy life to the full.

On this special anniversary, after living with diabetes for 80 years myself, my message to people with diabetes would be this: do exactly what your diabetes physician tells you to do!"