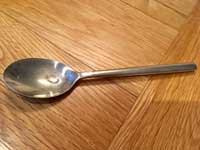 A tiny drop of insulin is keeping Cara's daughter alive

The tiny amount of liquid on this spoon is all the insulin our almost 2 year old daughter needs to stay alive each day.

At 14 months she was diagnosed with type 1 diabetes. It happened quickly, within several hours.

She was irritable, sick, her breathing was fast and pronounced and she eagerly sucked on about 10 ice cubes.

It was a hot day and we were alone on holiday visiting my best friend. I noticed she was teething, and wrongly presumed this was the problem.

As a precaution, and because I was due to fly home the next morning, I phoned NHS direct, then went through the motions of going to the out of hours GP and onto A&E receiving diagnosis just before midnight. She was already at a critical stage ofDiabetic Ketoacidosis where she was literally being poisoned by the high levels of sugar in her blood.

Eight months on and about half of the tiny drop of liquid on this spoon is slowly dripped into her throughout the day and night through a cannula with the help of an insulin pump. This we have spent the last five months carefully and slowly changing and tweaking throughout the 24 hour day depending on her hormone and activity levels.

The rest of the insulin is given to her when she eats. This we meticulously calculate, weighing her food before and after she eats, working out the amount of carbohydrate in the food she has eaten, as it is this that will turn to glucose in her blood.

This tiny amount of insulin is all that is needed to unlock the key to move the glucose where it dangerously sits in her blood, into her organs and muscles who need it to survive. Giving her slightly too much or slightly too little at the wrong time could have a devastating effect. Sending her blood sugars crashing down low (too much insulin) to possible fit/coma/unconsciousness or soaring high (not enough insulin) to possible coma/unconsciousness. 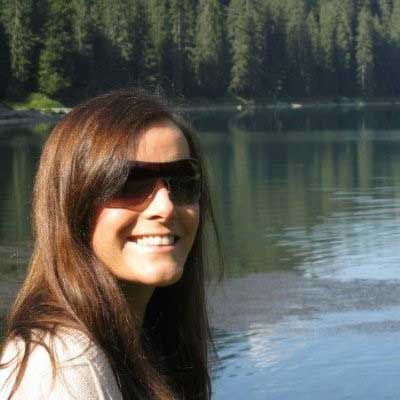 I won’t let this happen of course, though it plays on my mind constantly.

I don't leave her side.

We watch her day and night for signs she is unwell, for at the moment she can't tell us. We also have help from a (self funded) continuous glucose monitor, which sits into the fat under her skin, continuously monitoring the level of glucose in her blood. This helps us keep track of where she is without the need of the constant hourly finger prick tests we did at the beginning. Now we have this down to about 10-12 tests throughout the day and night.

Infact, it's all a lot 'easier' than it was in the beginning. She hadn't yet weaned onto solid food still only breastfeeding on demand (how do you weigh and count carbs on that?) A diagnosis of food aversion followed as well as an excruciating few months of getting her to eat in order to back the insulin which at the beginning was manually injected and a sixth of the amount on this spoon. We could only correct high blood sugars waiting for it to be high enough for her little body to be able to cope with the smallest possible dose of insulin. This was a hard position to face as a parent. We entered the world of type 1 diabetes with a bang, where there is no quick fix or one prescribed dose of insulin to take. It's a constant juggle of knowledge, understanding and maths.

Two days after diagnosis we found our little baby also has situs inversus totalis where her heart and other organs are on the opposite side of her body along with PCD, a rare genetic condition that effects the little hairs which line her lungs, ears and nose meaning that it's difficult for her to clear infection. This we are learning more about each day as the daily management of diabetes is all consuming and takes so much of our focus.

It's all a big responsibility, knowing her life is literally in our hands and it's amazing that this tiny drop of liquid along with a huge dose of love from us, keeps her alive.