"Countless months spent worrying were a thing of the past"

My name is Alexander. I am 17 years old. I was diagnosed withType 1 diabetesthree months ago.

Like many others, it was brought upon me in the fatal diagnosis ofdiabetic ketoacidosis(DKA). In many ways, it felt as though my identity had been stolen by an unexplainable ‘thing’ and no matter how hard I tried to explain it, no one could ever understand. All I could tell them was I felt sick, tired, thirsty and pretty ‘dead’ all over. I would lounge in front of the TV hour after hour, complaining, “Why don’t I feel as good as those actors? 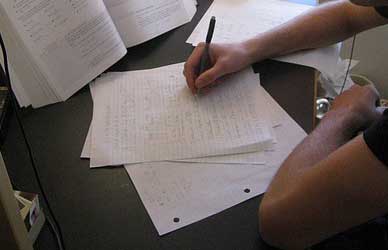 The worse he felt, the more Alexander pushed himself, thinking he was being lazy.

The brunt of my problems happened during my exam season. I was sitting 9 AS exams in biology, chemistry, physics and maths, not to mention Welsh Baccalaureate for those of us who study in Wales.

Anyone who knows me, knows that I am not one for leaving everything to the last minute. But, this time, I couldn’t help it.

By the time I got to school, I would have already endured a crowded 30 minute train ride, walked half a mile up hill and sat on a back-less stool and that’s before I could even catch my breath!

Needless to say, towards the end of the school year feeling as awful as I did, I became known as your typical ‘Houdini’, magically disappearing and reappearing to avoid the strain in attending school.

I ended up with an attendance of 63% and missed over a hundred hours of lessons, due to, what can now be confirmed as the initial phase of DKA.

The worst of my troubles was yet to come. First, the taste in the back of my throat; second – the bloated sickly feeling in my stomach; third – fatigue; fourth – constant thirst and, the final nail in the coffin – tightness of the chest. How is anyone to cope?

In an attempt to comfort myself, I tried to explain each and every symptom. The terrible taste in the back of my throat was acid reflux; the sickly feeling must’ve been something I ate; the tiredness, well, that’s just me being lazy and so on… It’s only now, I realise how far from the truth I must have been.

With the exams fast approaching, I HAD to study! I remember trying to drag my exhausted body like an old scarf round my neck to libraries and youth centres all over town - the nearest being 2 miles away. As if it wasn’t enough having to trek that far, most of the time, I had to take the stairs as the lifts weren’t working. The stairs were the worst! I remember each night having to conquer the stairs to my bedroom like a wannabe Edmund Hilary ‘pick-axing’ his way to the summit.

And as for studying … by the time I finally sat down at my desk, I not only had to badger myself into absorbing countless pages of facts – facts, I could barely understand on a good day! I had to do so unwillingly, pretending as though nothing on earth was wrong with me.  Whilst physical signs were beginning to manifest, my mind was also losing the capability to function at full capacity like a pink bunny without the Duracell battery.

With my exams reaching the final hurdle, my only wish was for them to be over. I knew that, as soon as I sat my last exam, Mechanics, I could go home and sleep - and I did!

Shortly after, I was accepted on a biology placement which I had applied for back in January. I rode my bike to and from the university, working 8 hour days. It was at this time, I had left school for the summer holidays, so I wanted to lose a little weight before I went back. I knew there was something wrong with me, but I didn’t want it to interfere with my plans, so I hoisted sail - head strong.

Having punished myself for being too ‘lazy’ I sought after the gym. In truth, there wasn’t much ‘gym’ at all – losing the hype and energy to blitz 5km by the time I walked down the street.  My back leant like the leaning tower of Pisa and every muscle seemed to have packed and gone. Despite all, Iget to the gym, only to be sent home by my mother who was the only one who could see beneath the surface of my problems.

I was at my lowest, at this point! I had to throw in the towel for I was physically and mentally drained. I shouted loud, “I QUIT!!!”

I had lost more than 2 stone in only 2-3 weeks, by doing nothing more than rolled up in my bed sheets like a Californian roll. As for my mental state, I blamed myself for giving up, rather than fighting. For a while, I felt as though I was being punished, as there was no other explanation why this was happening to me.

I kept on losing all that I had, most importantly, my faith. I stopped doing what I believed to be right and for this reason, I isolated myself from everyone. I was alone.

Unknowingly, my fate was fast approaching! My mother, one night, decided to get a pre-cooked pizza with a range of toppings I’d usually die for! She tried to cheer me up that night, for neither she nor anybody knew what was wrong with me, so she decided to take me to the GP. There, I had urine tests which by the doctor’s evaluation were fine and strong antibiotics were prescribed to rid the abscess which had mysteriously appeared on my leg.

I continued to ‘fall apart’ throughout the night, with my chest tightening making it difficult to breathe. I got up from the sofa a couple of times that night, but it was one journey in particular to the bathroom that stroke the seriousness of what was wrong with me. On the tipping point of collapsing, my mother decided to make yet another appointment with the GP, the following morning.

It was a different doctor, this time. She asked me to produce another urine sample, which I did. This time, the doctor found a dangerously high level of ketones that gave me a first class ticket straight to A&E.

I was treated like a ‘rock star’; my own bed, a cannula for each arm and hourly blood samples taken. What I learnt was, it doesn’t take too long before your blood dries up and taking blood becomes harder than the search for water in the Mohabi desert. “Only a chest x ray left, Sir” I was told, till the consultant would come round to speak with me.

The countless months spent worrying were a thing of the past. It was seconds till my verdict was to be delivered and to be honest, I wasn’t at all ready! My clothes stank to high heavens, for it had been a while since I had a bath and weirdly enough my breath smelt sweeter than my clothes. “Don’t you smell that, mum and dad?” the consultant asked, yet not one of us knew what he meant. “Can’t you smell pears?” he questioned both, but, as if I’d let my mother that close!