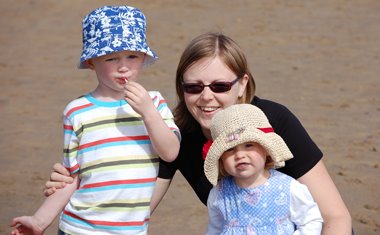 "I was diagnosed with Type 1 diabetes in1983 at the age of four. I'd love to say my diabetes control was perfect throughout my years with the condition, but unfortunately I was a very trying teenager and young adult. Thankfully I have not yet had any long-term health problems other than diabetes. 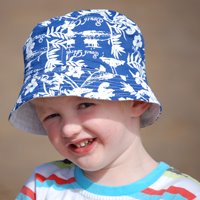 I studied hard and trained to be a registered nurse, and met a wonderful partner who has supported me through all my highs and lows. In 2007 we discovered that I was pregnant with my first child, James.

The diabetes team managed to get me funding to go on the Accu-Chek Spirit pump, which I started on during my second trimester. My blood glucose control became much tighter due to the pregnancy, and the pump made it much easier for me to control my diabetes.

Once I had James I returned to work for a year and then became pregnant with my second child – they were both beautiful healthy children. We plodded along nicely for six months.

In January 2010 James started to become thirsty and leaking through his nappy at night, and he became tired and grumpy. Any person with diabetes know those signs. I remember waking one morning (after a couple of weeks ignoring the symptoms) to the recognisable smell of ketones on James' breath!

Thankfully I had noticed it early so he did not stay in hospital: he was home the same day. Well, diabetes in a two-year-old is much more challenging than it had been for me, but there was more to come! 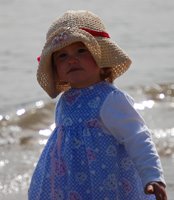 Three months later, in April 2010 I did a random blood sugar test on my 8½-month-old daughter Elizabeth to find that her sugars were 16mmol/l. Obviously she was straight in hospital for a few days.

I had caught the diabetes so early that her pancreas was still producing quite a lot of its own insulin so she only needed insulin via the Medtronic Veo during the day and no insulin at night.

This treatment lasted a couple of months until she eventually needed insulin during the night.

Well, I thought James' diabetes was hard to manage! Elizabeth has now had diabetes for a year – she has been tested for other forms of diabetes which have come back negative.

The diabetes team at Leeds have worked really hard with us to try and keep James and Elizabeth's sugars stable, but it is a constant struggle at the moment – I would love to raise more awareness about this condition."