Diabetes is not a death sentence

David, now in his 47th year of living with diabetes, reflects on how treatment has changed over the years and puts success of his management down to a positive frame of mind.

I am now on the eve of my 70th birthday and was diagnosed with diabetes in 1966 when I was 23. For the first couple of years I was treated with tablets, but then had to start taking insulin. 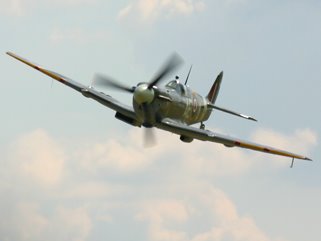 At the time of my diagnosis, I was at the start of my career and had gone back to university for post-graduate qualifications. I was pretty despondent about my condition - more for my parents' sake as my older sister had been similarly diagnosed some time before.

In fact, when we compared notes we found that allowing for age difference, we had both been diagnosed at almost the same time as each other.

I was pretty despondent about my condition - more for my parents' sake as my older sister had been similarly diagnosed some time before. In fact, when we compared notes we found that allowing for age difference, we had both been diagnosed at almost the same time as each other.

In those days, insulin treatment and control was somewhat less sophisticated than it is today, and I well remember using what looked like horse needles for my jabs and using more or less useless urine tests to estimate my BS levels.

Then came the digital revolution and micro-engineering, plus more effective insulin and I have been a major beneficiary. After university, I went to work as director of research for a trade union and was later a senior union official - forever on call and travelling all over the UK for meetings etc - all at quite unsociable hours which did not sit easily with the diabetic condition and the corresponding need for a degree of regularity and stability.

I was asked by the government to sit on numerous public bodies - stimulating but demanding stuff - and although I greatly enjoyed this, the burdens of public life and my trade union work eventually proved too much and I had to retire at the ripe old age of 49. This was never in my career plan and so a rapid change of direction was required.

However, I did have one major consolation at this point when I was awarded the MBE for my public service. My wife and I then set up a small consultancy business which ran well for a few years before the market for our services fizzled out.

Alongside this, I started on my 'Battle of Britain' project (I am a life-long Spitfire enthusiast) and built up a large archive based on my contact with every (then) surviving Battle of Britain pilot. I was able to have this archive signed by the Late Queen Mother, and it is now in the possession of Kelvingrove Museum, Glasgow.

I then took up picture-framing - a delightful business and worked from home for several years with a big clientele of locals and many successful artists. In 2009, my wife and I decided to move to France where we have now been living for three years. We did this at the age of about 67 and have never regretted it. We are very happy here, and spend a good deal of our time caravanning around Europe - a very interesting way to spend one's retirement.

I have been very lucky with my diabetes and owe a huge debt of gratitude to the many NHS health professionals who have looked after me over the years. Perhaps my story will help you: take care, do what the professionals tell you and go for it. Diabetes is a disadvantage, not a death sentence and with a positive frame of mind - you can do it!