I am the director of my diabetes after agony of misdiagnosis

Niki is a brave and inspiring 35-year-old from Oxford misdiagnosed with Type 2 diagnosis in May 2001 aged just 20. She is passionate about raising awareness and supporting others with diabetes. 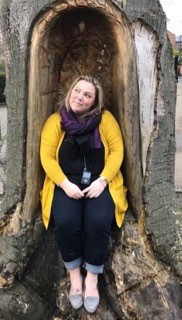 After misdiagnosis, Niki is now on top of her diabetes.

I hadn’t been feeling well for a couple of weeks. It was the days before Google, so I consulted my mum’s ‘Readers Digest Family Medicine’ book.

Looking up the symptoms, it made grim reading as one word flashed up in my mind: Diabetes.

The very word scared me. My very limited understanding of the condition came from a former head teacher who had it and I remembered singing Christmas carols one year to raise money for Diabetes UK.

I didn’t want to inject myself for the rest of my life, as she had to, so I tried to get on with life and not think about it. A few weeks passed before I finally summed up the courage to go to my village practice. Clutching an old lunchbox full of urine and fearing the worst I sat nervously in the waiting room.

My GP, who had been our family doctor since I was little, did a simple dip test before telling me:

“You have a touch of diabetes.”The impact of those few words was sudden and total as I was asked to go and sit in the waiting room while the hospital was called for advice. All my worst fears confirmed, everything from that moment on is a terrible blur.

No blood test and no hospital visit

Later that afternoon, the GP told me “it’s probably Type 2”. But there was no blood test, no hospital visit. All I got was a prescription of Metformin and an A4 piece of paper to take home. That was it. After this, I felt rubbish and I disengaged totally. I was also losing a lot of weight – I already had a negative body image so, mentally as well as physically, I was deteriorating. I felt bitter and angry towards the GP who had sent a couple of routine letters to check on me but nothing personal.

No support. No human touch. No empathy. I felt very alone. There was no consideration or care about the devastating mental health impact. I was getting desperate – no matter how much water I drank, I was constantly thirsty. Until, one day, out of ideas, I just downed a litre bottle of vodka. It was a cry for help but amazingly, the alcohol had no effect. Not even a hangover the next day.

My diagnosis didn't come until 2016

A week later, I went a step further and overdosed on some pills. It’s not that I wanted to die, I just wanted help. I told my mum who drove me straight to A&E. I threw up in the car park. In hospital, they told me: “You need insulin. And you’re probably a Type 1.” So not Type 2 at all, as had been my original diagnosis. It still wasn’t a confirmed diagnosis – that didn’t come until 2016!

But, it was a moment of relief when the nurse sat me down and told me with the right treatment, I was going to start to feel better. That was a miracle moment for me. I felt it so keenly. I realised the bad shape I was in. Perversely, those pills had probably saved my life. Because I took them, I finally got a proper diagnosis.

A few days later, the Twin Towers came down. What happened that terrible day somehow felt representative of what I was going through. I thought to myself, as New York rebuilds, I’ll rebuild too.I feel very badly let down by my initial care. The misdiagnosis of my diabetes was not just appalling and devastating, it was dangerous. From the very first moment of my diagnosis, I was treated as an adult and therefore felt like I was very much on my own.

I was barely 20 years old at the time and perhaps, because I wasn’t a teenager I didn’t have access to the right care and support for me. I was vulnerable and couldn’t process the news. I believe that if the NHS had treated me as an adolescent and not an adult, the health professionals would have been more proactive in my care when I was disengaged and helped to gear me up to living a life with diabetes.

A more holistic approach, closer monitoring and the right mental support would have been on offer; in other words, the range of support which was so lacking in my particular journey. It’s an age group particularly vulnerable in the diagnosis process.

That 20 year-old age bracket is at risk not just from misdiagnosis, but also because some need their hand held a bit tighter with a good support structure in place. Access to mental health services are so important for everyone, but for young adults it can be a game changer. Tailoring the care to meet the needs of this age group would really help. And I know there are many people like me out there who are not getting the proper diagnosis.

And not just the age I was, but older people, too. There are plenty of people getting their first Type 1 diagnosis aged 40 and beyond! It’s a big cross-section of people being diagnosed with it – not just children and teenagers. We also need to see greater consistency across the NHS in diagnosis procedures. Consistency is key to getting the correct diagnosis and initial care.

Ask questions about your diabetes

If there’s one piece of advice I’d give anyone who finds themselves in the same terrible position that I did, it would be to ask questions! You can question the medical profession! They are human too and mistakes do happen.

If there’s one piece of advice I’d give anyone who finds themselves in the same terrible position that I did, it would be to ask questions! You can question the medical profession! They are human too and mistakes do happen.

But, it is you that must live with the consequences so don’t be afraid to hold them to account. If I had asked questions at the time, I may have had the proper diagnosis first time round and my journey could have been so very different.

Thankfully, 2016 has been my breakthrough year when I finally started to get on top of my condition. I’ve engaged with my diabetes, I opened my eyes, asked questions and now have the right treatment in place. I am the director of my diabetes. ‘Team Niki’, my wonderful health care team have now got me on insulin pump therapy.

The start of a new year didn’t fill me with dread as it once did. I’m finally on the right track and looking ahead to a future where I am in control.

You can read Niki’s blog at theDiscombobulated Diabetic.