"I believe that living with diabetes has shaped me into the person I am today, for the better.”

18-year-old student, Linzi, recently walked along the edge of the CN Tower in Toronto, Canada for Diabetes UK. That’s 1,815 feet from the ground! 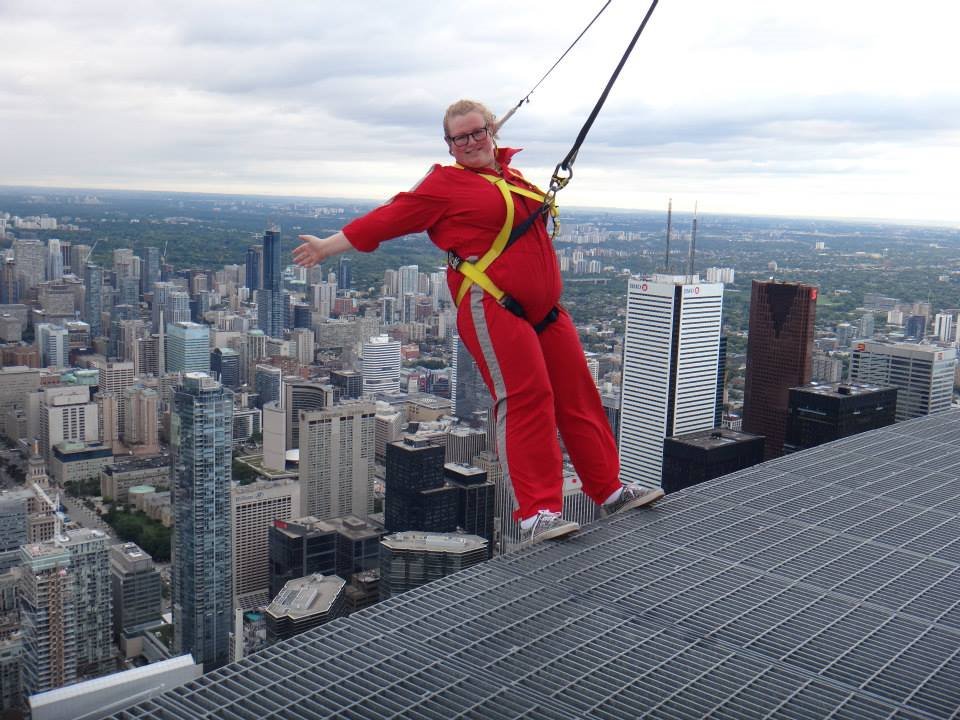 Diabetes Scotland’s Fundraising Heroes take on all sorts of challenges to help the charity to care for, connect with and campaign alongside people living with and at risk of diabetes – but one of our most daring fundraisers has to be 18-year-old student, Linzi from Motherwell, who recently walked along the edge of the CN Tower in Toronto, Canada. That’s 1,815 feet from the ground!

Linzi was diagnosed with Type 1 diabetes in June 2003, aged seven. She struggled to come to terms with the condition.

“I couldn't talk about it and for at least three years, I didn't take insulin with my lunch because I didn't want anyone at school to know,” says Linzi. “After seeing a psychologist and talking to the right people I was finally able to see that this is something I'm going to be stuck with, so why not do something good with it?

“Now I tell everyone I have diabetes. I don't remember life without diabetes and I don't always particularly like it, but I live day to day, checking my sugar level five times a day. However, I believe that living with diabetes has shaped me into the person I am today, for the better.”

“Since diagnosis, I have always been somewhat involved with Diabetes Scotland. Along with my mum, I attend the Lanarkshire family support group and I have always benefited from having this strong support system behind me. There was never any question about which charity I was donating the money to.”

Linzi has visited Toronto before and knew that the Tower Edge Walk was a challenge she wanted to take on.

“I have been up the CN Tower about five times before, and it is something I love. The view is simply stunning. The experience was breath-taking. It was one of the most beautiful things I've ever experienced.

“My time slot was originally 12.30pm but due to thunder and lightning, it was delayed until 6pm. Usually, people do the edge walk in groups of six - however, I was on my own!”

Linzi has raised more than £1000 for Diabetes Scotland. She enjoyed the experience so much that she plans to do the challenge again in two years’ time. She has some words of encouragement for others living with diabetes:

“Keep a positive attitude. My outlook was that if I'm going to have to live with this, then I'm going to make the best of it! Don't let diabetes stop you from doing anything, and if you are going to do anything exciting, then why not raise money and have fun in the process!”

You can read more of Linzi’s story and support her efforts by visiting her Just Giving page:www.justgiving.com/Linzi-Sievewright