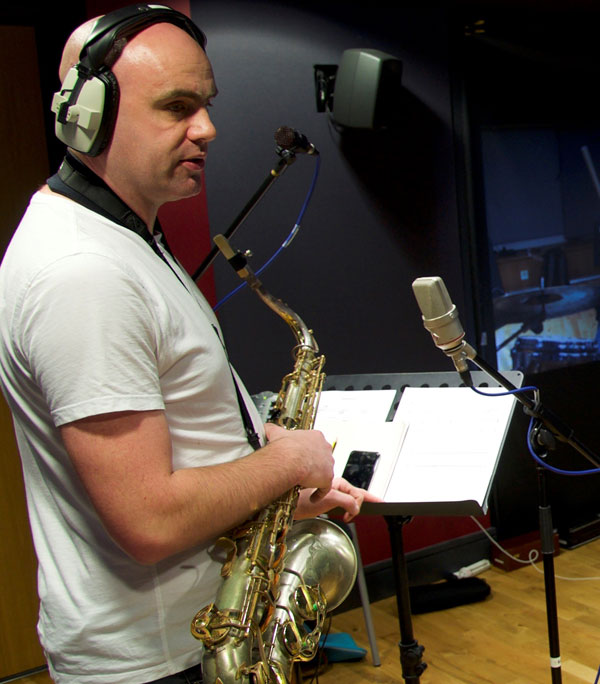 Zack was diagnosed with Type 1 at 17, and has gone on to become a university lecturer, musician and composer

My story is not too dissimilar to many other people with Type 1 diabetes.  Extreme weight-loss, polydipsia (excessive thirst), polyuria (excessive urine), and general malaise for a few months before it became enough of a concern to seek medical advice.

The one thing that is slightly unusual, at least amongst the other diabetics that I have spoken to, is that I was diagnosed at 17 years old, and not as a young child (as I believe to be more common).

In some ways I suppose that this is an awkward time to be diagnosed with a life-changing disease. I was about to leave school and start university, and having to deal with all the information, medication, and healthcare regimes that are associated with life as a newly diagnosed diabetic at this stage in life was not particularly easy – even though I (subconsciously) pretended to all those around me that it was something I could easily take in my stride.

Luckily, I had an incredibly supportive family, friends, and girlfriend (now my wonderful wife) who looked after me, cheered me up, and told me off when I was being a less-than-perfect diabetic.  I often consider it fortunate that I was diagnosed in my late-teens rather than in early childhood, as it means that my school years were not marred by having to deal with the effects of this disease.  As such, and I was never the kid who was made to feel ‘different’ through not being able to eat sweets, or birthday cake at friends’ parties, etc.  Yes, this is a trivial concern, but the point I am trying to make is that I had a ‘normal’ happy childhood in which I didn’t need to consider the important health decisions I do now, on a daily basis. That would have been more difficult as a child, I think.

So far, I have remained very healthy and have only had a few serious events that have required medical intervention. Both were severe hypos that resulted in hospitalisation – one at work, and one after a late-night gig while on tour with a band in the Italian Alps. These events, which happened in relatively quick succession prompted me to change my treatment from insulin pen injections to insulin pump therapy. My control has improved dramatically (even if my HBa1C has increased since I am no longer constantly running low).

I am incredibly fortunate to live in a country which has a healthcare system like ours and I am eternally grateful for the NHS, both in terms of the material support that I receive (equipment, medication etc.), and the support and monitoring from healthcare professionals (the team at the Royal Infirmary of Edinburgh are excellent). However, this does not mean that life with diabetes is easy.  Far from it.  It is something that occupies my mind on an almost constant basis – this is not an exaggeration.

When I eat, when I’m hungry, when I feel thirsty, when I need the toilet, when I sweat, when I am tired… these to me are not simply mundane physical trivialities, but potential indicators of either high or low blood sugars and thus, in my mind at least, warning signs of imminent loss of consciousness due to hypoglycaemia, or reminders of the fact that high blood sugars are inevitably and irreparably damaging my internal organs.

This may sound overly dramatic, but the reality is that on at least an hourly basis – day or night – my mind is distracted from whatever I am working on or thinking about, and I am reminded of and forced to consider the impact that the ever-changing, moving target, hit or miss, up or down, rollercoaster of a condition is having on my current status.  If I ignore these indicators then I can count on paying the price in the form of an unpleasant hypo or an energy-sapping, thirst-inducing, headache-triggering spike in blood sugars. Neither of which are fun for me, or by extension, those around me, as I have come to learn.

This month (April 2017) marks the 15year anniversary of my diagnosis. I am now 32 years old and proud to say that I am a husband, and a father of 2 beautiful kids. Since I was diagnosed I have completed a BA, MMus, and PhD in music and I am now a university lecturer/academic, musician, and composer. While I personally hate the type of romanticised clichés that I am about to spout, it must be said that music has been very good for me, and my desire to be good at it has given me a focus and determination to develop myself in different ways.

As a teenager, I was too focused on becoming a good musician to ever really get involved in ‘teenage life’ and thus avoided some of the detriment that such a lifestyle could have had on a recently diagnosed diabetic. On the other hand, my somewhat obsessive habits (when practicing, studying, or writing, for example) may have led to situations in which I should have paid more attention to my blood sugars. Additionally, late-night gigs - fortunately not a staple of my professional life these days - have a tendency to wreak havoc on my control and, in turn, my energy levels, mood, and ability to be productive (and pleasant to be around) the next day.

In the grand scheme of things, I am lucky to have a disease that is relatively easy to treat. There are people in far worse positions than me. During periods of problematic control, however, life with diabetes feels like a daily slog.  Having had a couple of rough patches recently, I was determined to try to think positively, and to try to use my diabetes as the basis for something productive and musical. Hence the composition of a piece of music (described in this blog post), which is my attempt at representing the daily act of improvisation of someone with diabetes.

This music is somewhat different to that which I normally write because of the concept and the compositional processes used to generate some of the musical material.  However, the use of technology, improvisation, and manipulation of sound is central to my everyday musical practice, and thus I am really pleased with the work as an artistic representation of my own personal approach to coping, putting up with, and attempting to deal with life with diabetes.