I'm not alone with diabetes

Kate, who was diagnosed with Type 1 diabetes in March 2012, had just turned 18 and was in the middle of 'A' Levels. Here, she talks about managing her condition with support from family and Diabetes UK.

As you can probably guess, my stress levels were at an all time high and the idea of being 'ill' on top of that seemed a bit too much to handle.My diagnosis story however, isn't the same as a normal diabetic. I was actually diagnosed as firstly a Type 2 and following this a Type 1 before I had developed any symptoms or needed any insulin. I have routine check ups under the renal clinic at the RUH Bath and it was from these tests that it was discovered that my baseline glucose was rising.

After this was discovered I didn't really understand what was going on, but I knew that it was something to potentially be worried about. I spent my Christmas worrying and unable to eat the foods I usually loved (especially ones full of sugar), without feeling unbearably ill afterwards before I was seen for a glucose challenge in late February. 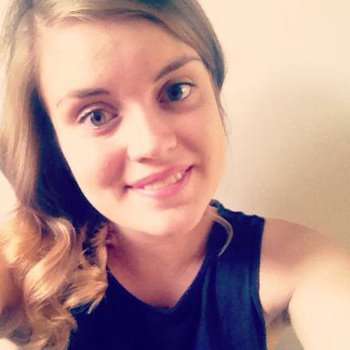 Kate was diagnosed with Type 1 diabetes in March 2012.

My entire world went cold and I felt numb.

The next few weeks turned into a blur and learning to cope with injections once a day to start with, leading up to four a day, as well as counting carbs seemed scary beyond belief.

The part I found the hardest however, was finding the way to tell my friends and the people that I loved what was happening.

I was accused of ‘making it up for attention’ by some of my peers, but my friends I now know I can count on, supported me fully.

My intolerance to the foods I loved grew and grew as this time wore on and especially after attending an all you can eat buffet with my friends for my 18th birthday in mid-March. I got the call from the RUH on the 22nd March while sat in the car after school with my mum. Mum answered the phone and from the look on her face, I could tell what was being said immediately.

Getting used to having Type 1 diabetes has taken up until now and I’m still unsure sometimes. I got my place at University and have just started my second year on the BA (Hons) Primary Studies course.

I’m lucky enough to have amazing friends and family who I am able to laugh about silly things I do when hypo and that support me fully. I am able to fit my diabetes in around my teaching and refuse to let it hold me back at all. My flat mate, Mum and I also walked across the Severn Bridge last October for Diabetes UK, had a great time AND I had perfect control on my blood sugars that day!

I'm not alone in having diabetes!

Both the Diabetes UK website and Facebook page are beyond useful in reminding me that I’m not alone in being diabetes and that the information is there if I need it.

A piece of advice for anyone who is worried about having diabetes or think that they have any of the 4Ts; thirsty, toilet, tired, thinner - go and get it checked by your doctor. Its better than suddenly realising that you’re really unwell and being diabetic really isn’t the end of the world!