"Look after yourself and try hard to do the right things, it will all help later on"

I was nearly three when I started behaving funny. My mum said it was August Bank Holiday, 1958. They rang the doctor, he said not to worry and that mumps was going around. But I got worse and started hallucinating, so my dad ran back to the phone box. The doctor came to the house and rushed me up to Salisbury hospital. After loads of tests I was not responding; doctors told my parents to expect the worse. As a last try they gave me some insulin and it worked. 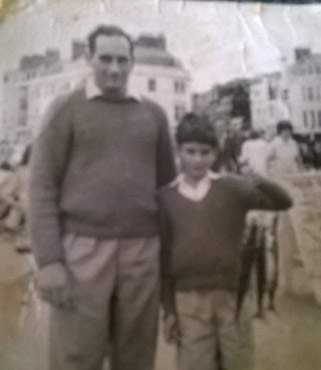 Nigel with his dad, on holiday at Weymouth

I have now had Type one diabetes for nearly 58 years. I have gone from boiling needles and syringes, and using a gun to inject, which I still have (my diabetes nurse borrows it to show to people), throw-away syringes, pens and one injection a day to two, then one before every meal, now an insulin pump. Things have got much better.

I think I have had a great life, sometimes abusing it, like missing injections and drinking beer three or more times a week, but the only real problem I have had is with my eyes. I had a large bleed and lost the sight in my right eye in 1982. I was having treatment at Salisbury, and at Moorfields in London. Four years later I had the eye removed. 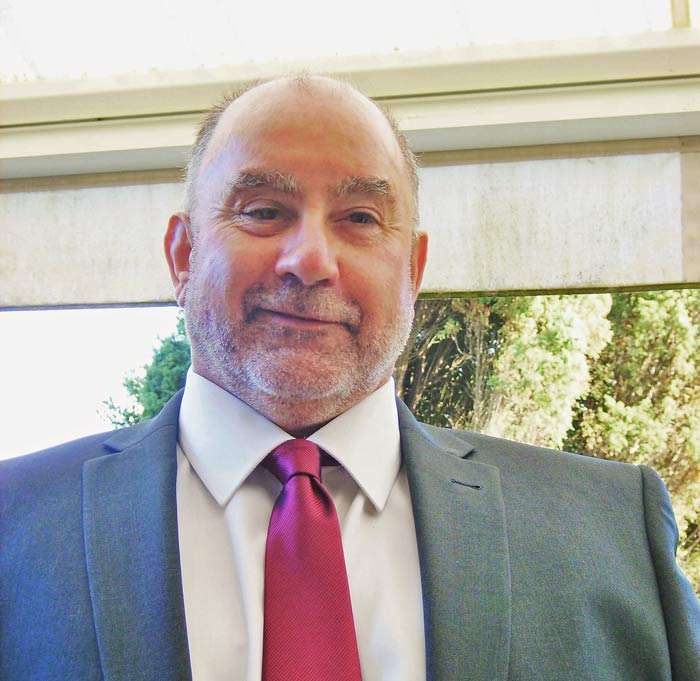 With regular visits to my eye specialist things have been stable for a long time. In 2001 I had peripheral vascular disease diagnosed – we were on holiday in Majorca and I walked about 200 yards and had to stop because of the pain in my legs.

An angioplasty was done later that year in my right leg, then in early 2002 my left leg. I suppose having had Type 1 for so long I think I am normal, the pump makes life so much easier, I am not working any more, I retired early due mainly to my vision and working as a bricklayer for 43 years, hard work.

I also have to thank my wife for all her support during this time especially as I have not been able to drive for the last 16 years. My main conditions are, coronary heart disease, peripheral vascular disease, retinopathy, congestive cardiac failure and hypertension.

So look after yourself and try hard to do the right things: it will all help later on.