Seven mums share their experiences of managing their child's diabetes.

At diagnosis you’re thrown right into the deep end. 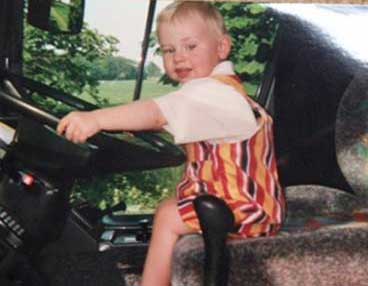 “It took several visits to the GP before Sam was diagnosed with Type 1 at 19 months old and sent straight to hospital. I had to inject Sam with insulin for the first time within the hour.

“We had a fantastic medical team supporting us, but nothing prepares you for going home and having to live with Type 1 every single day. I felt very alone at times, but learnt to stay calm and focused even when I felt terrified I was doing the wrong thing.

“I wanted to take everything away from Sam, but instead had to be strong. I felt determined that we weren't going to let diabetes stop us.

"You have to teach your child to be stronger and independent much earlier than other children. Your natural instinct is to protect them, but you also have to let your child be independent and confident in managing their own Type 1 as they grow up.”

Julie, whose son Sam was diagnosed at 19 months.

And even though you learn to manage it as a family, it makes every day more difficult and can be exhausting. 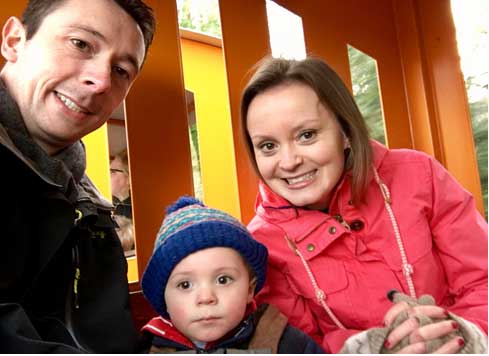 Victoria, with Benedict (centre) who was diagnosed at 26 months, and his dad who also has Type 1

“It can be frustrating how people think because you’re managing Type 1 at the moment that everything’s ok. It’s a hidden illness and we have to work hard every day to keep Benedict safe.

“Whereas a child without Type 1 diabetes might get a cold, we have to monitor Benedict’s glucose levels carefully as this will mess up his daily routine. When he goes to school and wants to take part in sports, his blood glucose levels and insulin will have to be adjusted to suit. Traveling in the UK or abroad will have to be planned more carefully to ensure we have enough of his medication and it is stored in the correct way.

“We will support him in all the ways we can to make his life as normal as a possible, but we all know growing up is never easy. Type 1 will be an additional challenge that will help define him.”

Victoria is running the Great Manchester Run for Diabetes UK.

Being mum to a child with Type 1 means being a substitute pancreas... 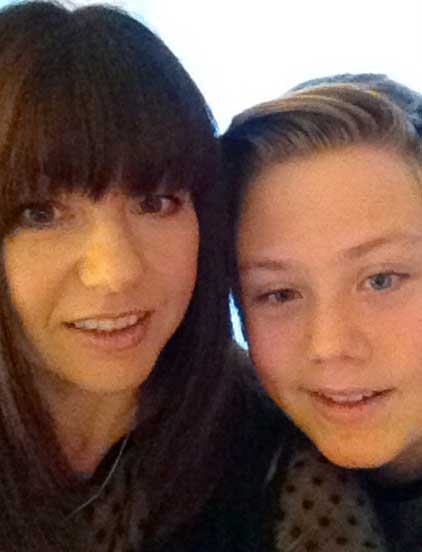 “When your child has Type 1, you have to constantly think about blood glucose levels, day and night, and make the necessary adjustments to keep your child safe. You live with constant anxiety about ‘what could happen’ regarding blood levels.

“We had a tough time with schools when Dan was first diagnosed. He became very anxious and constantly worried about being safe at school, which resulted in his blood levels being really high whenever he was in school due to anxiety.

“Things don’t always to plan, and we both have to be resilient. Dan can become extremely fed up if he misses part of a hockey match due to low bloods, but that’s just how it is sometimes and we do all we can to 'manage' Type 1.

“Dan takes care of himself 99 per cent of the time at school now, but he will ask for help when he needs it. School staff work with me to ensure Dan can participate fully and fit in like every other child. For that I am very grateful.”

Find out more about Make the Grade.

…but it also means learning to gradually let go. 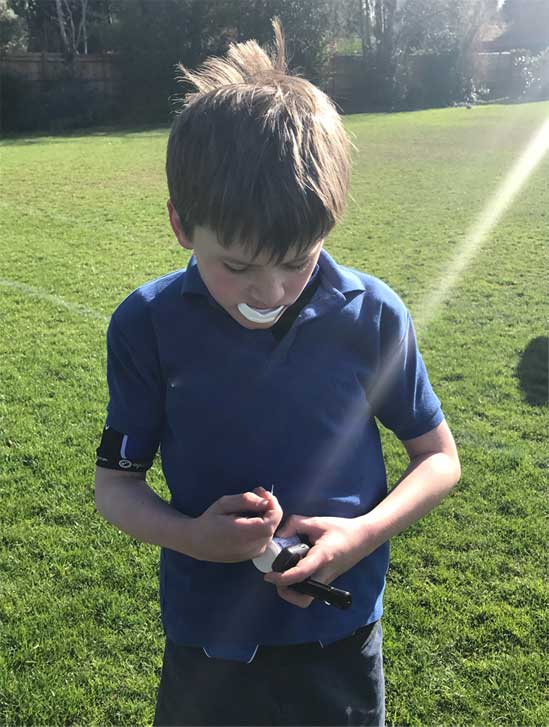 Rachel's son who was diagnosed at the age of eight

“Looking at a vulnerable newborn, it’s inconceivable that they will one day cross a road, boil a kettle or drive a car. A Type 1 diagnosis throws that process into disarray. The realities of severe hypoglycaemia, DKA, complications… The instinct to hold your child close forever is overwhelming.

“But my son was a robust eight year old when his condition was thrust on him.  He’d just started to experience the independence of walking to the village shop by himself, enjoying school residential trips and cub camp. Type 1 diabetes can’t stop him growing up: I can’t stop him, and he wouldn’t let me.

“Because he’s a strong, proud, independent boy, he makes it easy. From the start he has fingerpricked to draw blood for his tests, he has injected his own insulin and spotted most of his own lows and treated them. He masters the technology that now supports his management. The responsibility that children with Type 1 take for their own care is extraordinary. This child lives beyond his fears: the adults around him need to step up and do the same.”

You learn a lot of new skills – including becoming an expert at guesstimating carbs in birthday cake. 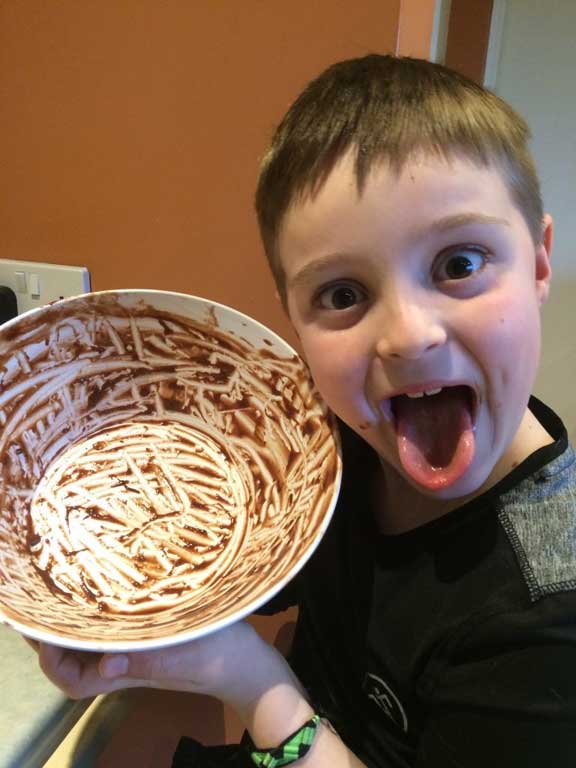 “Before school every day we have the same mad rush as any other parent – only ours also includes blood glucose testing andcarb counting. We have to work out how many carbs are in his cereal, fruit and milk, so we can calculate exactly how much insulin he needs before school. I also need to think about everything he will do at school and after school that day, including choosing his school dinners in advance and working out the carb content for the school.

“It has taken me two and a half years to gain the confidence to bake from scratch with him again as it’s so difficult to carb count. I have to bite my tongue to not say out loud "I wonder how many carbs in the chocolate icing you are licking?". We’ve become experts at guesstimating carbs on birthday cake and bowl licking!

“I love being a mummy and have to ignore the big under eye bags and wrinkles that have developed rapidly since diagnosis. It’s tough but I actually feel privileged to support my son with Type 1 and in many ways having to deal with it together has given us a bond that I didn’t realise could have ever been better before diagnosis.”

Kay, whose son was diagnosed aged six and a half in 2015.

Type 1 diabetes beats us from time to time… but we keep going, and sometimes even feel like we’re winning. 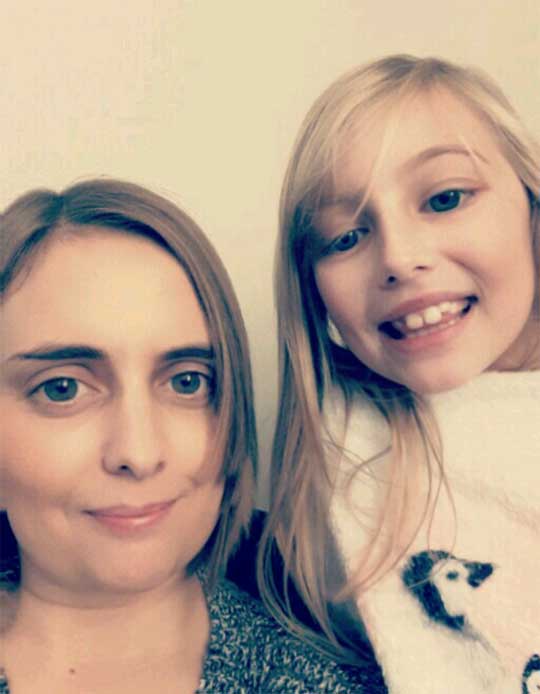 Becki with her daughter Mia

“This February Mia got an insulin pump fitted, which provides her with regular insulin throughout the day rather than needing four to five daily injections. She has much more freedom and we no longer have battles about needing to inject insulin at mealtimes. Eating out is easier too, because Mia used to worry about having injections in public.

“It does come with challenges. We had to cope with a tummy bug on the first day of having the pump, which always make Type 1 so much more difficult to manage. And we also worry that her pump might get knocked as she goes about her day. But we can honestly say it was the best decision we made – we were so happy to find this note from her and see we have a happy pumper!” 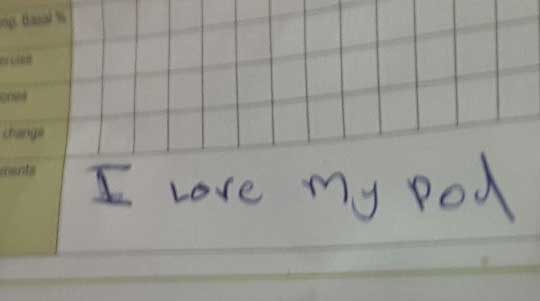 Mia is a 'happy pumper' - this note refers to her Omnipod

We live with Type 1 diabetes every day – but we make sure it doesn’t get in the way of our life. 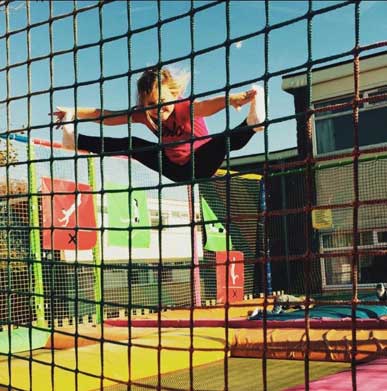 “Lily has never allowed Type 1 diabetes to stand in the way of her life. She absolutely loves gymnastics and her pump has never held her back – we just need to check her blood glucose levels before, during and after training. The exercise lowers her blood glucose, so depending on the reading we might decide she needs a snack, or make a decision about whether we leave her pump on or take it off.

“Lily has some amazing friends who she has known since before she was diagnosed. They show such an amazing interest in her diabetes and sometimes ask to help Lily test her blood glucose levels. Lily decides whether they help – she likes to be in control!

“Lily amazes us every day with how she has dealt with her diabetes and we are so proud of her.”

Amanda, whose daughter Lily was diagnosed the day before her fifth birthday.