With the right attitude anything can be achieved

After a period of letting things slide and not looking after his diabetes, Spencer is now on top of his game.

I have been living with Type 1 diabetes for 23 years now and though I do not know many other diabetics at all, I have heard that it is seen as a great disability. For many years I lived with the care and supervision of my parents who helped me to learn to inject and test at an early age (8-10ish), then as time progressed and I sat GCSEs and moved onto A-levels like many I had a period of not caring too much about  my sugar levels, but managed to continue my studies and to just scrape into university.

At this time i was learning a martial art, and was competing (in Wu Shu) at a national level, training some five to six days a week and was as fit as I can ever remember. Despite the diabetes I had a really good bunch of close friends (the instructors included) who looked after me and saved me from a hypo once or twice.

At university I studied Civil Engineering and was doing well but being away from home and having nobody but myself to look after it, I found my diabetes a challenge. Then at Christmas of my second year I returned home and had some considerable family troubles which, after returning to my studies, caused me to give up on controlling my sugar and  to barely take enough insulin.

Though my weight never changed, I remained fairly thin and was sleeping for 12-15 hours each day. I messed up a lot of my studies, and had to re-sit several years. I left my part-time job as the time it took away from studying felt too much to me, and I tried to survive as best as i could. There came a point when I thought about what it was I wanted to do in life and how much trouble i was in, and so I made a few appointments to see the diabetes centre, had a lot of help from my Dad in getting another part-time job to help me survive and focussed on completing my degree.

By the time I was attempting my final year for the last possible time (six years for a three- year degree), I was a lot healthier and back to being active once more. I just passed and then begun to look for further work. 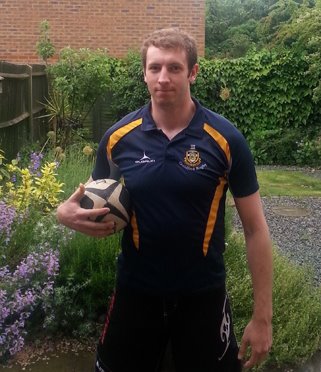 Back on track - Spencer

I left my part time job a little early because the management was unwilling to give me shifts which allowed me to control my blood sugar regularly.

I was working 5am to 3pm, five to six days a week to try and save, but this pattern was often interrupted with late shifts, and despite my asking I couldn't continue. After a few months of unemployment, I found a job with my current employer as a graduate Engineer and now work in and around (but not for) the London Underground on construction projects.

My health is looking almost as good as it was before I left school. I took up senior rugby when I started here and have never looked back. I have met some tremendous people and have had support where required every step of the way. Just last year I completed a 20-mile obstacle run across difficult terrain and water (Rat Race Dirty Weekend) with my oldest friend and raised £500 for Diabetes UK. I am now looking to take similar challenges on board where possible and to help anyone out with support or knowledge.

As an engineer/scientist I have taken it upon myself to learn all I can about diabetes and how I can control it, so I have tailored the best solution in terms of food, insulin and activity patterns to keep me healthy and would be happy to share/discuss or teach anyone that is interested. I hope that nobody suffering from diabetes (particularly Type 1) will be dissuaded from doing anything they want in life, any job can be reached, any challenge achieved and absolutely any level of fitness can be found with the right attitude and knowledge. I am currently weighing in at 16 stone 3 pounds (I'm 6' 3"), still rather lean and (hopefully this season) still playing 80 minutes of competitive rugby.