A 20-year campaign to improve care for Type 2 diabetes

Ruth Waxman has been a diabetes healthcare campaigner since she was diagnosed with Type 2 diabetes two decades ago.

Her journey has included setting up and chairing a Diabetes UK local group, helping get a useful booklet for local people with diabetes published, meeting local MPs to discuss diabetes issues to keep it high on their agenda, being taken on as an 'expert patient' for NICE to talk about new drugs for diabetes and more recently sharing her experience of diabetes care in Parliament. 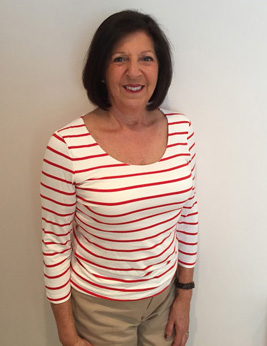 I was diagnosed with Type 2 diabetes 20 years ago, and shortly after I got involved in campaigning as a patient representative, through the Diabetes Campaign Network which was part of Diabetes UK.

I was aware of diabetes from an early age as my father had the condition. It wasn't clear if it was Type 1 or Type 2. I remember when he started having insulin and I grew up knowing about diabetes, healthy eating and the complications that could happen if someone did not take care of themselves. I diagnosed myself as I became aware of the symptoms that I was experiencing and once the diagnosis was confirmed by the GP, I felt frustrated as I had been to the GP on several occasions with diabetes related complaints. I was not frightened or worried as I had seen my father lead a normal life.

Around the same time, I became a member of theNHS’s National Service Framework on Diabetescommittee and it was another member of the committee who asked if I and another patient representative would be interested in setting up a diabetes support group in my local area, which we did in 2005. The group – Enfield Diabetes Support group – still attracts new members each month.

I was looking for a way to raise the profile of diabetes as a health problem and make sure care standards were the best they could be. From personal observations and experience it was obvious that there was a lack of cohesive and comprehensive local information regarding diabetes. The various handouts often gave conflicting advice on what foods to eat and did not clarify between ‘a little, occasional, cut down’. There was poor information about footcare and eyecare and the complications that could occur if diabetes was poorly managed. In an effort to resolve this, the vice-chair of the local group and I joined a working party and produced a booklet entitled 'Living with Diabetes'. The clinicians and local group members provided input and feedback as we put the resource together. This booklet has proved very successful, not to mention popular with the GPs and other diabetes healthcare professionals.

It has now been reprinted for the fifth time with updated information and is available for those who are newly diagnosed with diabetes. Our local MPs are very supportive of our group and actively helped in getting the booklet printed.

I decided to join Diabetes Voices following a talk given to our group by Diabetes UK. It was obvious that there was a lack of understanding about diabetes and issues surrounding diabetes which needed to be addressed. I believed I could help and felt strongly that not enough was being done to ensure that Type 2 diabetes was taken seriously.

Taking action myself and with our local group

I wrote to the local MPs reminding them about our group and also involved the group by sending group campaign letters pointing out the various problems in getting the medical care needed. For example, explaining that Type 2 is a serious complaint, explaining the risks, access to footcare and retinal screening. Unfortunately, there is still a lot of work to be done.

Along with a group of other Diabetes Voices, I met up with my MP in Parliament to discuss a range of diabetes-related issues. Since then I have followed up with him on several occasions to share my concerns with diabetes care.

My work with other Members of Parliament included meeting up with the other local MPs in the Enfield area and I have gained their support to ensure diabetes issues remain high on their agenda. One of the MPs, following his attendance at our group meeting during Diabetes Week became involved in the All Party Parliamentary Group for diabetes. He invited me on several occasions to meetings in Parliament and also to his local diabetes awareness events. He also became one of our local group’s guest speakers.

Recently, I was asked to speak in Parliament at theAll Party Parliamentary Group for diabetes on my experience of having diabetesand to raise relevant issues and concerns. Other members of Parliament and the public were invited to attend the discussions.

Following an invitation from Diabetes Voices, I applied and was accepted by NICE as an expert patient to talk about the newer drugs dapagliflozin (which I take), canagliflozin and empagliflozin. Following NICE’s approval, I was asked to write about the acceptance of the drugs from a patient’s perspective.

Over the years, I have raised the profile of what it is like to live with diabetes from the patient’s perspective by giving talks to GP's, healthcare professionals, diabetes specialist nurses and trainee doctors in order to give them a better understanding.

I meet with our local health care authority, the Clinical Commissioning Group, to try and convince them of the long term health benefits of good diabetes education. Keeping quality diabetes care at the top of their agenda is really important too and we have talked about a whole range of concerns which have been raised in the community.

My aim is to continue to raise the profile of diabetes and educate all those involved in diabetes care and management. I would like to encourage others to get involved with Diabetes Voices as there are many campaigns that enable people with different interests to participate.

Since I started campaigning almost 20 years ago, I have seen some major improvements, for example, there are now many diabetes education courses available, there is more information about Type 2 both printed publications and on the internet. Many GPs and healthcare professionals are better informed about Type 2 as it is taken more seriously.

There is still a need to campaign as unfortunately not all the GPs and healthcare professionals are up to date with newer medications and ideas on how patients can manage their own diabetes. There are still many myths about having diabetes which need to be changed. Better education for the public in general is needed as many still are unaware of the complications that can occur when diabetes is poorly controlled.