In 2011, Diabetes UK funded a groundbreaking research trial at Newcastle University that aimed to mimic the effects of weight loss surgery using a less invasive approach and to clarify the mechanisms behind Type 2 remission. Under close supervision from a medical team, participants in this initial study were put on a strict diet of around 800 calories a day, which consisted of liquid diet drinks and non-starchy vegetables.The encouraging results from this study mean that now, with support from our single largest grant ever, Professor Mike Lean and Professor Roy Taylor will investigate the long-term outcomes of this approach as part of routine GP care. Their vital work will find out if a low-calorie diet can help to stem the rising tide of Type 2 diabetes.

Allan Tutty shares his story of taking part in this pioneering research to see if a low-calorie diet can stem Type 2 diabetes. 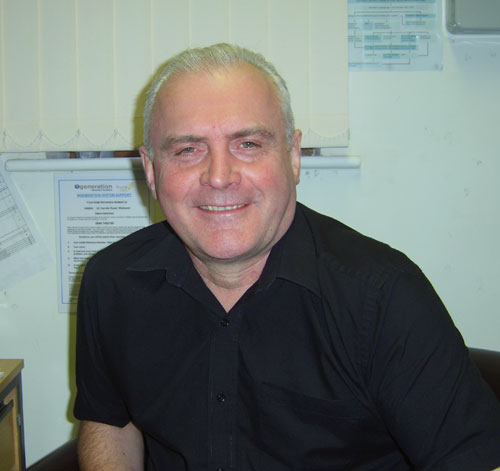 “I was diagnosed with Type 2 diabetes in 2011 following a routine GP appointment. I had no physical symptoms whatsoever, but here I was, being informed that I had a life-long condition. My first thought was ‘why me?’

After my diagnosis I was offered support at a local healthcare centre. The stories of people losing their sight, or having their limbs amputated – it was terrifying. But worst of all for me was the advice: “You have diabetes. There is no cure. Deal with it.”

In 2012 I attended a retinopathy and foot clinic and saw a poster asking: “Would you like to put your Type 2 diabetes into remission?” – I phoned as soon as I got home and was accepted to take part in the research. Eight weeks on an 800-calorie a day diet was tough, especially because it took in Christmas and New Year, but I was determined to complete it. The pay off for me – the possible reversal of my diabetes – was more than worth the effort.

The study lasted 9 months and at the end of it Ihad lost 2.5 stones and my pancreas was working within normal limits. My diabetes was in remission, and I haven’t looked back. My life has changed completely thanks to this research.”