Bernard talks about how he copes with episodic strokes and believes diabetes is to blame for his ongoing health complications.

Having been a Type 2 diabetic since the early 1980s, and since then have tried to grasp the wonders of modern technology. I have all sorts of knowledge at my fingertips with regard to my condition, mostly gleaned from the Internet.

My various health advisors have for many years made it quite clear to me that my condition puts me at increased risk of stroke or heart attack. All was well until the inevitable happened.

My story starts in 2007 when I was unfortunate enough to have a stroke at the age of 63. Having taken early retirement from my job as a surveying technician for a national utility company, I managed to obtain casual work as a driver for a car hire company, a position which suited me fine, as I liked driving and the work being casual, it gave my wife and I the opportunity to go on holiday more or less whenever we wanted.

My original reaction five years ago was well, it was rather inconvenient to have been subject to a stroke, but after five days in hospital I had recovered well enough and was fit enough to go on holiday and drive a hire car around Spain only a few weeks later. 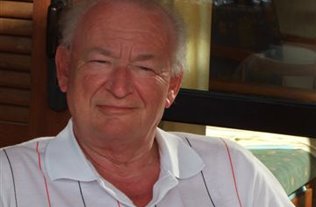 Bernard on holiday in Tenerife

Inconvenient could not have been further form the truth in 2012. My strokes - or TIA episodes - appear to always happen during the night, and usually at weekends, when most hospital doctors are away, consequently I am not immediately aware of them.

They also manifest themselves slightly differently when they occur. Fast forward to 2012, This time I found many support services now on offer.

During my enforced stay on the stroke ward, I was offered occupational therapy, neuro-physiotherapy, speech and language therapy, and, following my discharge, the services of a Supported Stroke Discharge Team to whom I am extremely grateful for the time that the various health professionals have put into my after care.

I am aware that no two strokes are the same, which gives me some comfort in realising why no health professional will give any patient a hard and fast answer to the unanswerable question of ”how long will it take until I am better?”

The short answer to which of course is “how long is a piece of string?”I regard my own experience and subsequent recovery as being very much a work in progress exercise at this moment in time, and I suspect that it will never really be finished.

I appreciate that my story is more about the effects of my second stroke, rather than my diabetes, but I have always been of the opinion that my diabetes led to my ongoing health problems following my retirement.

For years I have tried to keep myself as fit as I can and upon retirement, I took up walking and rambling as an aid to my general health which has had a beneficial effect on my blood glucose levels.

My advice to all diabetics is to take note of what your health professionals advise you to do, as I have tried to do over the years. I found that both my blood pressure levels and my blood glucose readings where considerably raised following this latest stroke, but once I was able to start my walking activities again, they started to come down to more reasonable readings.

The problem with diabetes is that it is very much an unseen illness, and I have found over the years that many people that you meet do not realise that you are afflicted with the condition unless you tell them.

I hope these thoughts have given someone somewhere a little comfort, even though I was only prompted to commit them to paper as an aid to my ongoing therapy from my latest stroke.

Keep taking the tablets or the insulin as prescribed!