Patience, persistence and campaigning for better diabetes care does work

A successful campaign by Corinne Wykes for a local footcare team to treat people with serious foot problems has led to a dramatic fall in amputation rates.

I was diagnosed with Type 2 diabetes over 30 years ago. At that time information about diabetes was very scarce, there was no internet, and I had never heard of Diabetes UK. 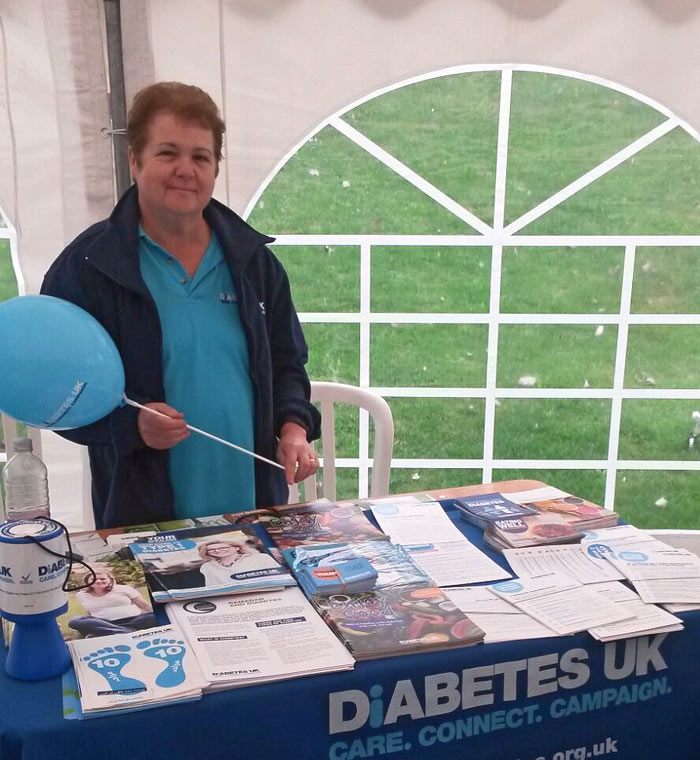 I ignored my condition and it wasn’t until 10 years later when I was very unwell with the symptoms of my diabetes I went back to my GP and asked for help. I then proceeded on my journey living with diabetes andjoined Diabetes UK.

Five years ago, I saw an advert for a Diabetes UK ‘Service Champion’ for Milton Keynes; not knowing a huge amount about the role, I decided to apply for the voluntary position. I had at that point reduced my hours at work, and was looking for a new challenge. I was one of the first appointed in the South East region.

One of my first long-term objectives was to see a reduction in the local minor and major foot amputation rates. In order to do this it meant campaigning to get a multidisciplinary foot care team (MDfT) in place. Not an easy job, I was to find out.

(An MdFT is there for people with the most serious foot problems to help prevent amputations by ensuring rapid access to a team of professionals so that the right care is provided. Without one, people can be seen by a variety of different professionals, but often it is not joined up and there can be delays in receiving the right care.)

After becoming more involved in local diabetes care I built a relationship with hospital healthcare professionals and staff at the Clinical Commissioning Group (CCG). I have at every possible occasion raised a lack of such a service, and with the help and guidance of Diabetes UK, expressed my concerns. Over the years I have contacted the hospital leads in diabetes, the Chief Executive (at least three different ones) and members of the local CCG.

Championing local diabetes care has sometimes been very frustrating, but being a Champion has taught me to be patient, but also persistent and not stop campaigning. By building relationships with individuals and organisations I have helped them to progress the foot care teams.

In 2013, I received anInspire awardfrom Diabetes UK for ‘raising my voice’ about local footcare services. I didn’t know that it would take me another three years to see the fruition of my attempts, and another year to meet my objectives. There have been some ups and downs along the way, but the work of local clinicians, commissioners and healthcare professionals has now been recognised.

In February 2016 an MdFT was finally put into place at Milton Keynes Hospital. In the previous three years there were 102 amputations in Milton Keynes. In the first 10 months of the new service there have been just two (yes, two!).

I’m absolutely thrilled at this reduction and I recognise the impact that campaigning can have! I have congratulated the commissioners of this service and the hospital for putting it in place. I am sure that these figures will encourage the local health providers to recognise that the money spent on the MdFT is worth it and I know there are aspirations to improve these services.

And so onto my next campaign.

Diabetes UK are currently looking to recruit new Service Champions in a number of CCGs across Surrey. If you are interested get in contact with theSouth East team.