Type 2 diabetes has changed my life - for the better

Jay, a volunteer with Type 2 Together, was motivated to make some lifestyle changes when he was diagnosed with the condition. Now he wants to help other people in a similar situation. 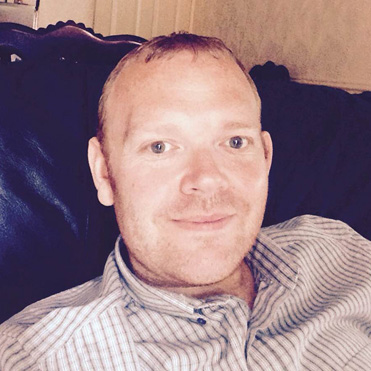 My name is Jay. Back in September of 2014 I was diagnosed with Type 2 diabetes. I had been feeling poorly for such a long time and I was overweight and very unfit.

At 35 years old, I weighed in at almost 20 stone and I’m only 5ft 8in. I also drank a lot of alcohol and smoked about 20 cigarettes on a daily basis.

I was on medication for blood pressure, anxiety, depression, heart palpitations, cholesterol and acid reflux.

My blood sugar levels were reading 83 after the doctor sent me for a blood test and I was prescribed Gliclazide 80mg. The doctor refused to prescribe me Metformin as my liver wasn’t functioning properly at this point. I went into denial about all of my health problems almost instantly. I carried on drinking and eating stuff that wasn’t doing me any good. Christmas came by and before I knew it, February was here and I was feeling worse than ever.

One morning I woke up and decided that enough was enough. I wanted to change my whole lifestyle in a big way and I wanted to live! It was the 18th February 2015. I threw away my cigarettes. I poured the drink down the sink and I put myself on a low carb diet. I decided that I was going to be on a very strict low carb diet for a period of two months so that I could take control of my blood sugar levels. I was actually pretty successful at doing this. I went for a review with my diabetes nurse in May and my level had dropped to 33.

I was no longer classed as being on the diabetic scale! I was taken off Gliclazide and I also managed to take myself off my medication for cholesterol, depression, anxiety and acid reflux. My cholesterol was reading as normal and my liver had completely repaired itself. As a result of my liver functioning normally, my doctor prescribed me the Metformin that he refused to previously when my liver wasn’t functioning normally.

The biggest thing of all was that I was also weighing in at 16 stone so I had lost about four stone at that point. I was so proud of myself but I now wanted to go further. I decided that I wanted to now start to vary my diet more by introducing fewer carbs into the equation. I also decided that I wanted to get physically fit so I began by starting to walk every day for about four miles at a time, at a brisk pace. I did this for about a month before deciding to buy a decent bike; this made me turn things up a notch.

I began cycling every day for a distance of around nine miles each time. I am currently weighing in at 13 stone 8 lbs and I feel incredible! I have lost seven stone so far and I have taken myself off almost every medication that I was on for years, including lithium for major depression.

I feel fit and healthy for the first time ever. The best thing that has ever happened to me is getting a diagnosis of diabetes. It has changed my life.

My family and friends are very supportive. My mother is also Type 2 diabetic. My wife is very supportive, to the point where she has even lost a considerable amount of weight by dieting with me.

My two children are very clued up about diabetes and the nutritional value of all types of food. I am now about to start facilitating groups for Diabetes UK Type 2 Together and I’m really excited about it. All I want to do now is educate others about how to turn their lives around like I have. I have gone from strength to strength throughout my journey living with diabetes and I really do believe that I can make a difference to other people’s lives.