I was invited to a Diabetes Question Time at the House of Commons in May 2011 by my local Volunteer Development Officer. She said I was a good voice for diabetes because of the voluntary work I had been doing with Diabetes UK, including setting up a support group for people with Type 1 diabetes, and my involvement in the launch of the ThinkGlucose project at my local hospital trust. 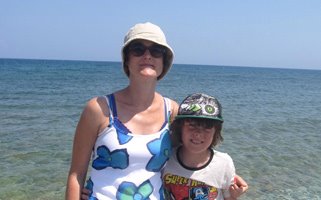 I was later asked to speak at the House of Lords at an event for Diabetes Week in June 2011. I was honoured to be asked to speak!

It was an exciting, once-in-a-lifetime opportunity, to visit the Houses of Parliament and to have the chance to tell my story to influential people. I had plenty of encouragement and support from the Diabetes UK team, and was made to feel completely at ease on the day.

I feel I have benefited greatly from sharing my experiences of diabetes with other people living with the condition, and it's great to have the opportunity to help others in the same way.

I would encourage anyone interested in taking part in similar opportunities to go for it! You'll get plenty of support from Diabetes UK, you can be involved as much or as little as you wish – there's no pressure! I personally feel great satisfaction from helping other people living with diabetes as I myself have been helped by getting involved and sharing my experiences.