The North West team could not reach so many people without the support and dedication of our volunteers and local groups. Our volunteers give their time every year to help us raise awareness about diabetes and provide support in the local community.

We are very grateful to everyone who gives their time to support us. To recognise those people who go above and beyond for Diabetes UK we hold our annual Inspire Awards and we are really pleased to announce this year's winners. 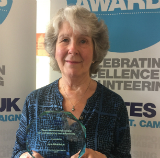 During 2016 Ann Middleton has continued to be involved in raising awareness about diabetes care issues in the Salford area.

She has also supported the Diabetes Voices team at events such as the All Party Parliamentary Group Diabetes Report Launch at the House of Commons. Find out more about why Ann was awarded with this year's Campaigning and Influencing Inspire Award here. 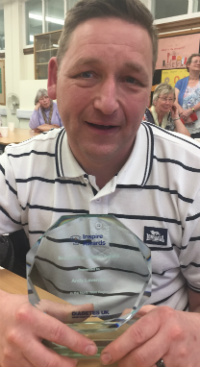 For many years Andy Lavender has done his utmost to support those living with diabetes in the Chester area both through the local Chester Group and on an individual basis.

It is fantastic that this year he has been recognised for his efforts and you can find out more about his achievement here. 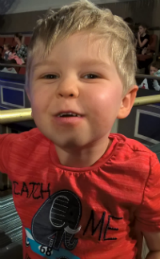 Freddie Fox was diagnosed with Type 1 diabetes just before his 2nd birthday. In 2016 this incredible little boy helped to raise awareness about diabetes at his nursery during Diabetes Week.

Find out more about how Freddie supported his friends to know more about diabeteshere. 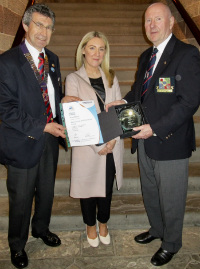 Reaching out and Connecting Award

In January 2016 the Congleton Lions Club worked with Diabetes UK to organise a Know Your Risk event in the area to raise awareness about diabetes.

Following that event, David Morris took action and formed a community group in the area to support people living with diabetes. The group has gone from strength to strength and you can find out more about his award win here. 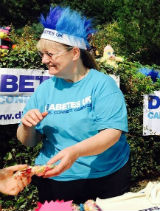 After the loss of her son Terry due to diabetes complications, Ginette Cuthbertson formed Terry's Fundraisers Group, to raise money for Diabetes UK in his memory.

Ginette and her team work hard year on year to organise fundraising events in Workington and to date have raised over £7,000. 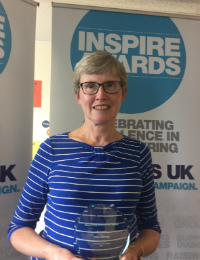 Gill Mitchell has been providing volunteer support to the Care in Schools project since 2014. In that time Gill has become a valued member of the team.

Her work has provided the team with invaluable data to help evaluate the helpline and the support that is being offered to families. Find out more about why Gill received this years Supporting Diabetes UK Awardhere.

Well done to very single one of our winners and to all the volunteers, Local Groups, Communities and fundraisers who support the work of Diabetes UK in the North West region. Thank you.

North West Volunteer Opportunities
Listing of local groups
Previous Inspire Award Winners
Savefor later Page saved! You can go back to this later in your Diabetes and Me Close