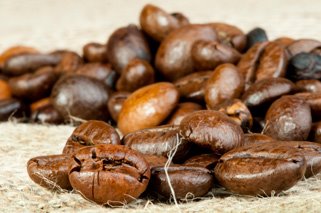 The Daily Express went with a story in April 2013 that a coffee bean pill would beat Type 2 diabetes, after researchers found that naturally occurring chlorogenic acids in coffee beans help control blood glucose levels and weight.

The paper then claimed that drinking seven cups of coffee a day was already known to cut the risk of diabetes by 50 per cent; however, roasting the beans for coffee breaks down the acids, so unroasted beans are better.

Dr Matthew Hobbs, Head of Research at Diabetes UK, said, "Although there is some preliminary evidence to suggest that an increased intake in polyphenols and/or flavanoids, eg through tea and coffee, can reduce the risk of Type 2 diabetes and help manage the condition, research in this area is limited and has for the most part been carried out on small and unrepresentative samples.

"In particular, there has been a lack of investigation into understanding why this may happen, what specific ingredient may be causing positive effects or what the possible risks would be of increasing intake of tea and coffee, eg to seven cups a day.

"There is nowhere near enough evidence to support advice for people at risk of Type 2 to increase their intake of coffee in any form.

"The claim that a pill made from unroasted coffee beans could ‘beat diabetes and obesity’ is based largely on inconclusive and limited research which suggests that consuming coffee reduces the risk of developing Type 2 diabetes. Claims such as these should be treated with some scepticism until results from this kind of small trial are replicated in larger studies that look at the effects on a wider range of people."

Exercise and blood sugar levels
Weight loss and diabetes
I have type 2 diabetes – what can I eat?
10 tips for healthy eating with diabetes
Karen's story: Health and fitness lifestyle aided remission