High fructose corn syrup (HFCS) made the papers again in November, with the Daily Mail declaring, “Syrup found in biscuits, ice cream and energy drinks is fuelling diabetes on a ‘global scale’”.

This stemmed from a study looking at the link between diabetes levels and the availability of HFCS, which is used to sweeten a variety of processed food and drinks, but whose use varies widely between countries. 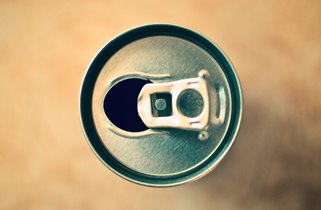 But it didn’t show that people with diabetes were consuming more HFCS.

In the UK, consumption of HFCS is negligible (0.38kg per person per year), whereas in the US it’s 65 times higher (24.78kg per person per year). Despite the alarming headline, the Mail’s report was well balanced, and included a graph that revealed the vast differences in HFCS availability in different countries.

This study doesn’t prove that HFCS causes diabetes. For example, it does not show that individuals with diabetes consumed higher levels of HFCS or that this consumption was the key factor leading to their condition.

Dr Richard Elliott, Diabetes UK Research Communications Officer, said, "While this study is certainly interesting, further research is needed at an individual level to find out if HFCS consumption can cause diabetes.

"Diabetes UK is currently funding a study to assess the link between fructose and Type 2. Professor Loranne Agius, from the University of Newcastle, plans to identify exactly how fructose triggers the metabolic changes that lead to fat being stored in the liver (or 'fatty liver disease'), which is a common underlying cause of insulin resistance and Type 2 diabetes."

You can read a more detailed analysis of this story by NHS Choices on their website.

Find out more about our work in the Research Project Directory