A TV programme looking at the track record of GLP-1 and DPP-4 drugs in the treatment of Type 2 diabetes has caused concern for people taking these medications. Channel 4’s Dispatches, which aired on 10 June, examined research evidence about the side effects of the drugs and suggested that they may be linked to an increased risk of pancreatitis and pancreatic cancer.

The European Medicines Agency is investigating these findings by a group of independent academic researchers, which are based on examination of a small number of pancreatic tissue samples obtained from organ donors with and without diabetes, who died due to causes other than diabetes. 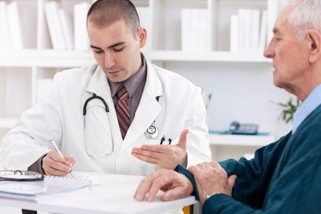 Effects on the pancreas were identified as a possible risk for these treatments during their initial trials due to the way they work, and rare cases of pancreatitis have been reported. Warnings for patients and healthcareprofessionals are included in the product information for all these medicines.

There is no proven link between use of GLP-1 and DPP-4 based therapies and pancreatic cancer at present, and there is currently no change to the recommendations on the use of these medicines. You should continue to take them unless advised not to do so by your doctor.

Simon O’Neill, Diabetes UK Director of Health Intelligence, said, “Diabetes UK does not currently advocate any change in the use of GLP-1s- and DPP-4-based treatments for people with Type 2 diabetes and will await the findings of the EMA research. In particular, people shouldn’t stop their medication, unless advised by their doctor.”

People are being advised to look out for any side effects suggestive of pancreatic disease. These symptoms may include upper abdomen pain, jaundice, weight loss, nausea, loss of appetite and fever. They should speak to their doctor immediately if they notice these symptoms. If you do have any concerns about taking these treatments, it is advised that you discuss it with your doctor.