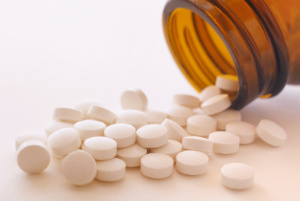 An international research group, including Diabetes UK-funded researchers, havepublished their work in Nature Genetics Journal, uncovering potential reasons for why the world’s most commonly used Type 2 diabetes drug works better in some people than in others.

Why does metformin work better in some people than others?

Now, research carried out by the international Metformin Genetics Consortium has found a change in the DNA code (called a genetic variant) that alters how well metformin works.

Researchers found that people who were overweight and were carrying two copies of this genetic variant responded much better to metformin; in fact, it was the equivalent to receiving an extra 550 mg of the drug.

The research team found that a change in the gene coding for GLUT2 (a protein that plays an important role in transporting glucose inside the body) resulted in people having a fault in the way their bodies handle glucose. In these people, metformin worked specifically to fix this fault, which meant that people with this GLUT2 genetic variant responded particularly well to the drug.

The researchers hope that their findings will move us a step closer towards personalised therapy for the treatment of Type 2 diabetes.

Genetics can determine how well a drug works

Professor Ewan Pearson, from the University of Dundee, said, “This is an exciting discovery that demonstrates how a patient’s genetics can determine how well, or poorly, a drug works. We need to undertake further clinical studies before we can change the way we use metformin, but this finding suggests that some patients should be treated with higher doses than others to achieve the same effect. This really does move us a step closer to truly targeted therapy in the treatment of diabetes.”

Dr Elizabeth Robertson, Director of Research at Diabetes UK, said, “This study sheds important light on why people with Type 2 diabetes respond differently to metformin, and could be used to identify distinct groups of patients or develop new therapies in the future. Altogether, this research represents an exciting step towards personalised therapy for Type 2 diabetes, moving away from a ‘one size fits all’ approach to ensure people receive the best treatment possible.

“Further work is now needed to understand how GLUT2 influences the way that metformin works inside the body, and we’re very pleased to see research funded by Diabetes UK moving the field of Type 2 diabetes treatment forwards.”