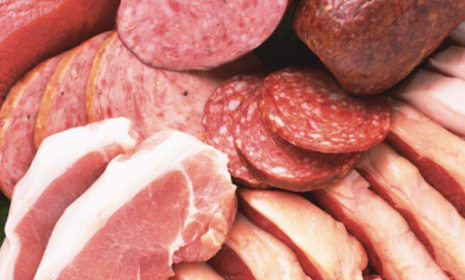 Last year, the World Health Organization (WHO) gave its verdict on the cancer risks of red and processed meat, putting our meat-eating habits in the spotlight. With the evidence stacking up, what does this mean for meat eaters with diabetes?

With the help of Cancer Research UK, we go behind the headlines to explain the facts.

After assessing more than 800 studies, the WHO broke the news that processed meat is being classified a ‘definite’ cause of cancer, and red meat being a ‘probable’ cause.

The headlines that resulted made many people wonder if red and processed meats should be avoided. The week after the news broke, supermarket sales of pre-packaged sausages fell 15.7 per cent and pre-packed bacon by 17 per cent, compared to 2014.

But, although this latest announcement is significant, the link between certain types of meat and some forms of cancer – particularly bowel cancer – isn’t new: ­the evidence has been growing for decades, and is supported by thorough research. In fact, bowel cancer is more common among people who eat the most red and processed meat.

Cancer Research UK has looked at what this announcement means and how red and processed meat affect your risk developing cancer.

What is red and processed meat?

Red meat is any meat that’s a dark red colour before it’s cooked – such as beef and lamb. Pork is also classed as a red meat.

Processed meat is meat that’s been cured, salted, smoked, or otherwise preserved in some way (such as bacon, sausages, hot dogs, ham, salami, and pepperoni). However, this doesn’t include fresh burgers or mince – putting meat through a mincer doesn’t mean it becomes ‘processed’ unless it is modified further.

Both of these types of meat are distinct from white meats (such as fresh chicken or turkey) and fish, neither of which appear to increase your risk of cancer.

How does processed meat cause cancer?

It’s not about the quality of the meat, or whether it’s from the local butcher or supermarket, that’s the issue. The evidence so far suggests that it’s probably the processing of the meat, or chemicals naturally present within it, that increases cancer risk. Researchers are still trying to pin down exactly how red and processed meat cause cancer, but the main culprits seem to be certain chemicals found in the meat itself.

Processed red meats contain chemicals, such as nitrite preservatives, that generate certain compounds in the gut that can cause cancer.

Cooking meat at high temperatures, such as grilling or barbecuing, can also create chemicals in the meat that may increase the risk of cancer. These chemicals are generally produced in higher levels in red and processed meat compared to other meats.

There are also other theories, says Cancer Research UK – some research suggests iron in red meat could play a part, and the bacteria in the gut might play a supporting role, too.

The most convincing evidence of a link to bowel cancer comes from the World Cancer Research Fund (WCRF), who in 2011 combined the results of a number of previous studies, to try to get a clear overall picture.

The results showed that those who ate the most processed meat had around a 17 per cent higher risk of developing bowel cancer, compared to those who ate the least. This might sound like a lot – but this is a ‘relative’ risk, and in reality, everyone’s risk will be different as there are many different factors at play.

Red meat is a good source of some nutrients, such as protein, iron, zinc and vitamin B12. It’s just about being sensible, and not eating too much, too often.

“Eat whole foods over processed foods. Processed foods are not ‘evil’ – in moderation – but every single person would look, feel and perform better if the majority of their meals consisted of ‘whole’ foods and nutrient- dense ingredients.”

Based on a range of health considerations, government advice is that people who eat more than 90g (cooked weight) of red and/or processed meat a day should cut down to 70g or less.

We’re recommended to eat less than 70g of red or processed meat a day. Here’s how to make some easy cuts…

Choose chicken or fish instead

If you are managing diabetes, try to eat a healthy, balanced diet with plenty of fibre, fruit and vegetables; and cut back on red and processed meat, and salt, too.

What is a healthy, balanced diet?

Quiz: What do you already know about food and diabetes?
Breaking unhealthy eating habits