How one GP finally took his own advice 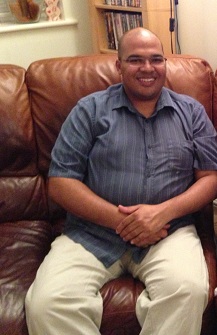 Buckinghamshire GP, Dr Kaiser Munir, was not doing any exercise

‘Watching my two-year-old son race round the house shouting ‘I’m doing a triathlon’ makes me smile. And watching my other five-year-old son take part recently in an Ironkids challenge made me one very proud Dad. They want to be just like their Dad and because I do a lot of exercise, including triathlons, they like to copy what I’m doing.

But the truth is a couple of years ago things were very different. I was big when I married (14 stone 13 lbs), but over the years the weight had crept up to 18 stone and I wasn’t doing any exercise at all.

My wife, Zareena, is a GP too and so she knows the implications of carrying excess weight.

She tried to help with gentle persuasion, asking if I really needed such big portions or second helpings, and pointing out we’d be better off skipping pudding but my weight seemed like too big a hurdle for me to face and instead I ignored it.

As an overweight GP I was reluctant to dish out lifestyle and diet advice to patients. I remember that when I did once recommend a patient lose some weight they told me I could probably do with losing some myself!Now it’s a bit different. I’ve been obese and I know how hard it is to take those first steps but I feel more confident giving advice. I’m certainly not asking people to take up triathlons, like I did, but just to make small changes to their diets and lifestyles to help them stay healthy and reduce their risk of developing Type 2 diabetes. There’s no such thing as a miracle diet and faddy plans are to be avoided.

Looking back on my own habits I think I just got a bit too used to thinking I needed more food than I actually did. If I was in a supermarket I’d choose the triple sandwich and then I’d buy some sushi as well. I thought that an evening meal wasn’t complete without pudding. Now I tell patients that it’s fine to have times where you feel hungry. Also there are going to be lots of times where you fancy having something indulgent to eat but you don’t always have to act on that impulse. If you are from a South Asian background it can be hard because our traditional diet can be very carb heavy so it’s harder to lose weight. You’ve got the naan, the chapatis and even potatoes in the curries!

Sadly my father died of a stroke at the age of 68 in 2012. He had been overweight and had heart disease and Type 2 diabetes. He’d had high blood pressure since his 40s and angina for some time. The thing was, even though I was a doctor we didn’t really talk about his health as perhaps we should have done.

I think as a nation we really do need to recognise Type 2 diabetes for the serious condition it is and recognise how important a healthy lifestyle is. Being of South Asian origin my risk of developing Type 2 diabetes is already six times greater than if I was white. The wake-up call was when my wife Zareena admitted her fears to me and said, ‘I want you to see your children grow up. I’m really scared you are going to get diabetes and I don’t want to get a phone call when you’re in your mid-40s to tell me you’ve had a heart attack.’ 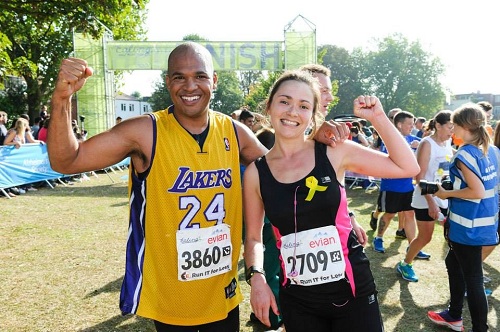 Getting fit wasn't easy but it was worth it!

A friend encouraged me to sign up for a triathlon and my ego kicked in. I was absolutely determined I was going to complete it. I started out slowly – the first week I only ran for about a mile, but each week I ran further. It was hard work but I was determined.

What really helped for me was using the app, My Fitness Pal, to track the exercise I did and the food I ate. I loved being able to log my progress.

The weight came off steadily and I realised there is no reason that people should just accept that they are going to put on weight as they get older. I watched my calories but because I was doing so much exercise I was still able to eat a lot of what I enjoyed.

My chest went down from a 48in to 40in and my waist from a 44in to 32in. I’d always hated clothes shopping but now I needed a new wardrobe I really enjoyed it – at last, I could fit into fashionable clothes.

Just recently I’ve cut out refined sugar from my diet so no chocolate, biscuits, ice cream, cake and sweets apart from special occasions. I tend to just eat a bit more for my main meal and have fruit for pudding. In just a few weeks I’ve lost another half a stone and have significantly reduced my cholesterol levels. Coming from a South Asian background it’s best to aim for a slightly lower than average BMI. I've lost almost six stone now.

The other thing I’ve done is to rope in the support of my friends. A few of us are attending a friend’s wedding abroad this summer and we are all supporting each other and have a virtual weigh-in once a week! I’ve also got a family wedding coming up in the States and I’ve already checked which hotels have a gym. I know it’s a holiday but I still want to make sure I do a bit of exercise. 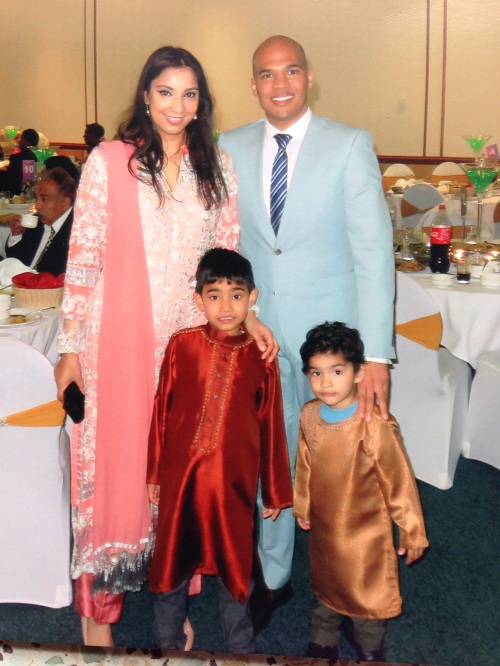 Last year I did a total of 13 events, including six triathlons, a half marathon, a 104km walk from London to Brighton and a Tough Mudder obstacle course. It’s fair to say I’ve caught the fitness bug!

I do sit still sometimes but now when I close the door to my study I can see the medals from the triathlons and races I’ve completed swinging on the back. It gives me a sense of satisfaction and is actually a really good motivation to me to keep going. I also try and bring a spare medal home for the children – they love that they have a sporty dad who can do that for them!