Liam is the cream of the Kop in Diabetes UK competition

Liam Hennessy, a 13 year-old from Connah’s Quay in Flintshire, has won Diabetes UK’s Kop Idol, a search to find a hero who either has Type 1 or Type 2 diabetes or helped someone who lives with the condition.

The judges, who included former Liverpool left-winger John Barnes and Liverpool fan Melanie C, were impressed by how Liam had overcome bullying at school, has fundraised for various charities and supported his family through a difficult time in their lives, all while living with diabetes since he was diagnosed age 12.

‘To meet his heroes will be a wonderful surprise for him’

Liam’s mum Charlotte Hennessy said: “Liam’s journey with Type 1 diabetes has not been easy. He lost two and a half stone before he was diagnosed. He has dealt with diagnoses of ADHD, anxiety and depression and has fought against bullying but has continued to stay positive and make a difference in the community.

“His diagnosis came at a difficult time for me as it was during the Hillsborough inquests. I lost my father at the disaster when I was six, and Liam has been such a huge personal support to me.

“He has also helped me raise money for the special baby unit at Chester hospital, he ran seven miles for the 96 Liverpool fans killed in the Hillsborough Disaster, has helped me raise over £1,000 for Hillsborough charities, we've also raised money for a Child Bereavement charity and he sold some of his toys to help raise funds for a local child with cerebral palsy.

“His bedroom is covered with LFC wallpaper, posters, curtains and accessories and to meet his heroes will be a wonderful surprise for him and be a huge encouragement as he moves forward with his Type 1 diabetes. I’m sure he’ll be hugely excited when he finds out he has won on the day!” 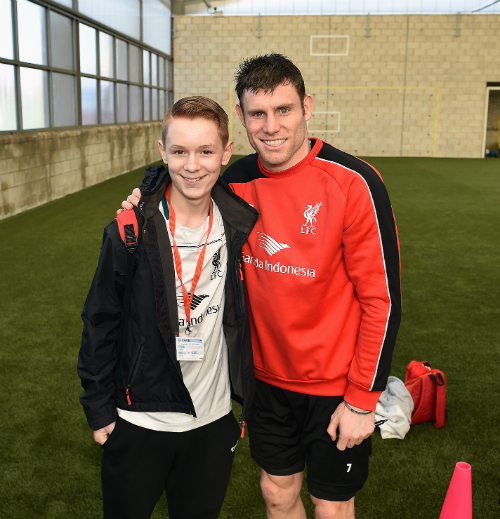 Over 200 entries for Kop Idol

The contest attracted nearly two hundred entries from as far afield as China, and support on social media from Sir Steve Redgrave, Liverpool fans Donnie Wahlberg, Europe’s 2016 Ryder Cup captain Darren Clarke, five-time Emmy-winning actor John Lithgow, and the player with the second most Liverpool appearances, Jamie Carragher. The judges picked Liam because of his determination to be positive in the face of a difficult time following his diagnosis.

Dr Ryland Morgans, Head of Fitness and Conditioning at Liverpool FC and Chair of Judges on Kop Idol, said: “The quality of entries on Kop Idol was phenomenal. We received almost 200 entries for the competition. The club has millions of followers all over the world, but I had no idea so many Liverpool FC fans are living with Type 1 or Type 2 diabetes themselves or helping someone who is living with diabetes.

“I’ve worked hard to manage my Type 1 diabetes well so that it hasn’t interfered with my life in football. It was great to see that so many people who entered Kop Idol are managing their diabetes so they can live life to the full too.

“We were hugely impressed with so many of the entries, but after much consideration we identified Liam as the worthy winner. He sets an amazing example of living with diabetes and not letting it get in the way of him doing the things he wants in life, at the same time as being an avid Liverpool fan. His family can be very proud.”

Melanie C: ‘People are leading amazing lives while dealing with their condition’

Melanie C, one of the Kop Idol judges whose brother Paul, has Type 1 diabetes said: “I know from experience how shocking it can be when someone in your family receives the news that they have diabetes.

“To read the entries in Diabetes UK’s Kop Idol competition and see how so many people are leading amazing lives while dealing with their condition was truly inspiring. Even better, they’re Liverpool fans. I’d like to congratulate everyone who entered with their amazing stories.” 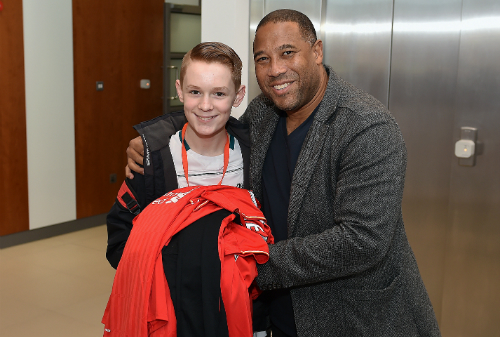 John Barnes, who has made 407 career appearances for Liverpool FC, and was voted the club’s greatest player of all time by Four Four Two magazine, said: “It’s been a real pleasure to be on the judging panel for Diabetes UK’s Kop Idol contest. Reading through people’s entries I came across some remarkable accounts of people who are living with diabetes and also of people who are supporting family members and friends to manage their condition.

“As an ex-Liverpool player, I have found it inspirational to read how so many Reds fans live with and manage their diabetes so well, day in and day out.”

Stephen Ryan, Diabetes UK Head of the North said: “We know that living with diabetes can be challenging at times, but that when it is managed well it doesn’t need to get in the way of people living full and long, healthy lives. It has been an absolute pleasure working alongside Dr Morgans and the other judges on the panel, and we’ve heard so many extraordinary stories from Liverpool fans who have direct experience of diabetes or support others who are living with it.

“I’d like to congratulate the Kop Idol winner, Liam. Dealing with a diabetes diagnosis can be difficult and we were incredibly impressed by how Liam has helped his mum Charlotte and family to get through such a tough time while managing his Type 1 diabetes. It’s obvious he’s a well deserving winner and an extraordinary young person.”