Team Diabetes UK raises over £200,000 at the London Marathon

Diabetes UK would like to say a huge thanks to all the 157 runners who took part in the London Marathon on Sunday 24 April as part of Team Diabetes UK.

Having been cheered to the finish line by Diabetes UK supporters at miles 12, 22 and 24, the runners are already on course to raise over £200,000 amount of money to support our work.

Anna Schlerf, Fundraising Events Manager at Diabetes UK, said: “We are so proud of all our runners for taking on such a massive challenge for Team Diabetes UK and we send a huge congratulations and a massive thank you to all of them for putting in the months of training and dedication to support us.” 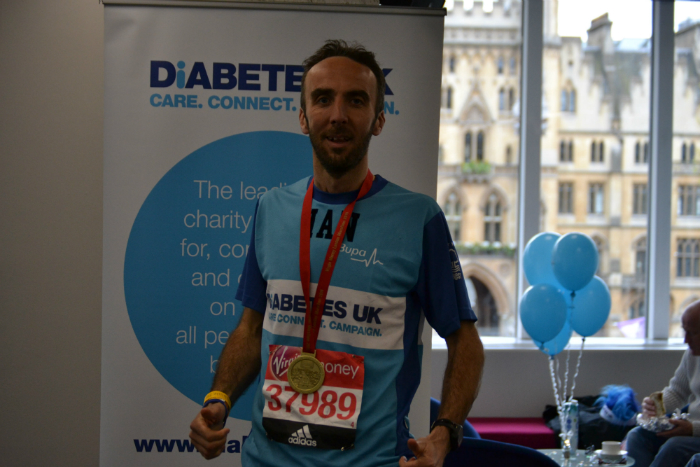 Ian Clayton, 40, from Nottingham, got Team Diabetes UK’s fastest time - 3h 12m - despite this being his first marathon. He was running for his niece Amber, who has Type 1 diabetes and has done lots of fundraising herself, and for members of his wife’s family who have Type 2.

Ian was one of many members of a Facebook group for the London marathon runners who shared tips and advice ahead of today's event.

He says: “Everyone is facing the same - getting up in January and February when the mornings are dark, building up the miles - so it’s been really helpful, and some of the experienced runners have passed on tips.”

He so far has raised £3,500 and, as an engineer, is interested in research which helps provide technological solutions to diabetes. 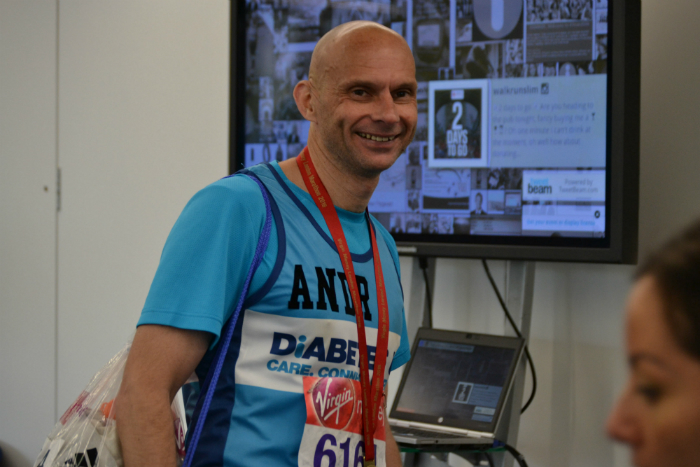 Andrew Taylor, 41, from Crawley, got himself a personal best of 3h 22m. He said: “My sister in law has Type 1 diabetes. We’re experiencing it first hand which is why we’re raising funds - £500 so far. Research is really important to us so it’s good to be able to raise funds.

“This is my third London marathon and my fourth marathon overall. It’s been great weatherwise for a runner, and as it’s London, the supporters are really welcoming.”

You can donate on Andrew's Virgin Money Giving page.

'I haven't trained for the marathon as most people would' 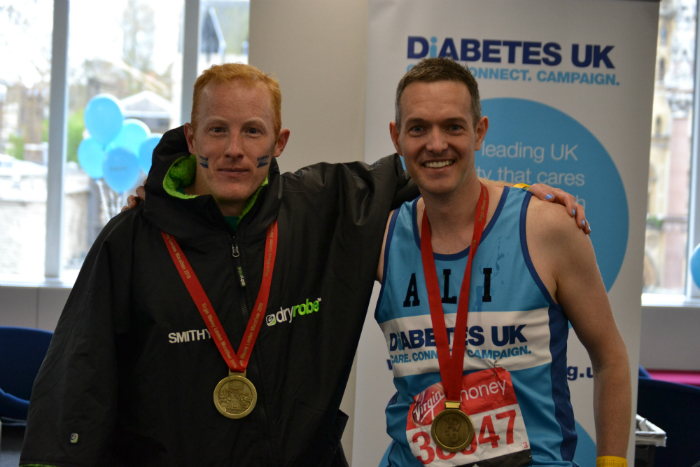 He is taking on a different challenge every month of this year, and has already taken on obstacle races and road runs as part of his Running for Robbie fundraising.

Richard says: "I was a little bit apprehensive coming into it - I haven’t trained for the marathon as most people would - I’ve been peaking, having a couple of rest weeks and peaking again. But I beat my personal best by seven seconds.

"I played football with Robbie and his dad was the manager. We're still good friends and they have been getting behind me for the challenges."

You can donate and read more about the Running for Robbie challenges on Richard's Virgin Money Giving page.

'The crowd is great' 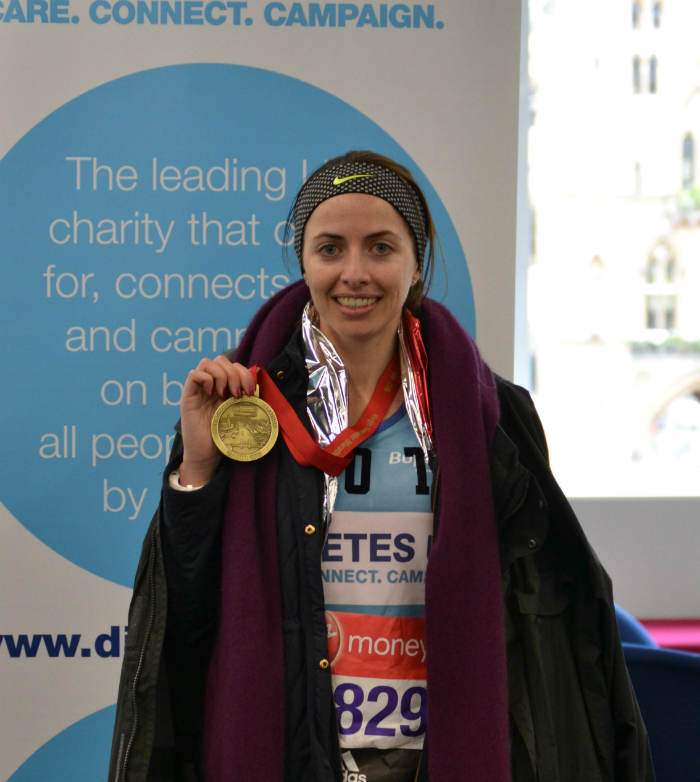 Dot Kidd-Robb, 29, from Brockley, was the fastest woman in Team Diabetes UK, getting a time of 3h 29m. She has been running as she has a Type 2 diabetes diagnosis in the family.

She said: “Today, the hardest part was sticking to the plan and not go too fast. But the crowd has been great, and it is really helpful hearing your name being called out - and cool to see the cheering points.

“I’m hoping the money goes to help people when they are diagnosed, and that there is a support network - such as what lifestyle changes you have to make in terms of food. There’s not a lot of awareness in general.

“When I’ve been fundraising, I’ve based it on how much sugar there is in food. I made a lot of baking without any sugar in it, which I gave out and passed on my link.” Dot has so far raised over a £1,000, and should get match funding from her work.  Donate to Dot at herVirgin Money Giving page.

If you feel inspired to take on the London Marathon in 2017 to raise vital funds for Diabetes UK, please emailAnna Schlerf.