‘The Nightmare Before Christmas’ creator Tim Burton is backing Diabetes UK’s new mass-participation event,Dress Diabolical, calling on people to dress up for Halloween on Friday 30 October, to raise vital funds for the charity.

Tim Burton, the director of ‘Beetlejuice’, ‘Batman’ and ‘Edward Scissorhands’ said, “The strange picture of ghosts, goblins, pirates and vampires walking the streets of the UK appeals to me on many levels. That it’s to raise money for a good cause is even better. I hope everyone gets creative, and that Dress Diabolical is a big success, raising plenty of money for Diabetes UK.”

Burton is also the director of Sleepy Hollow, Sweeney Todd and Alice in Wonderland. 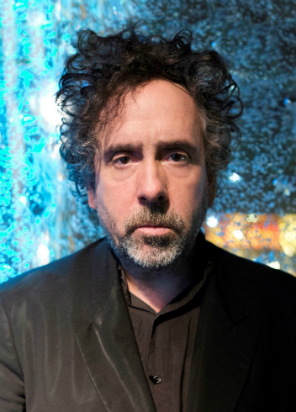 Natalie Fischer, Development Manager at Diabetes UK, said, “From ‘Edward Scissorhands’ to ‘Beetlejuice’, not to mention ‘The Nightmare Before Christmas’ characters Jack Skellington and Sally, Tim’s films have provided a wealth of Halloween character ideas. We’re thrilled that he shares our excitement as we count down the days until we can all dress up for Dress Diabolical.

“Whether you’re a lone werewolf or an assembled pack of superheroes, Dress Diabolical is the perfect way to have fun while fundraising. All the money you raise will help us to care for, connect, and campaign alongside even more of the 3.9 million people currently living with diabetes and as we continue our work to prevent and, one day, cure the condition.”

The best costume will win a brand new iPad2, kindly being donated by Asendia.

Diabetes UK is asking people to aim to raise £60 through sponsorship from family and friends.

When you’re shopping for costumes, making them from scratch at home or rummaging through charity shops for ideas, it’s worth checking what fabrics have been used – synthetic costumes can be flammable.

Sign up now and find more information, including costume ideas and posters, by hopping on your broomstick tothe Dress Diabolical microsite.